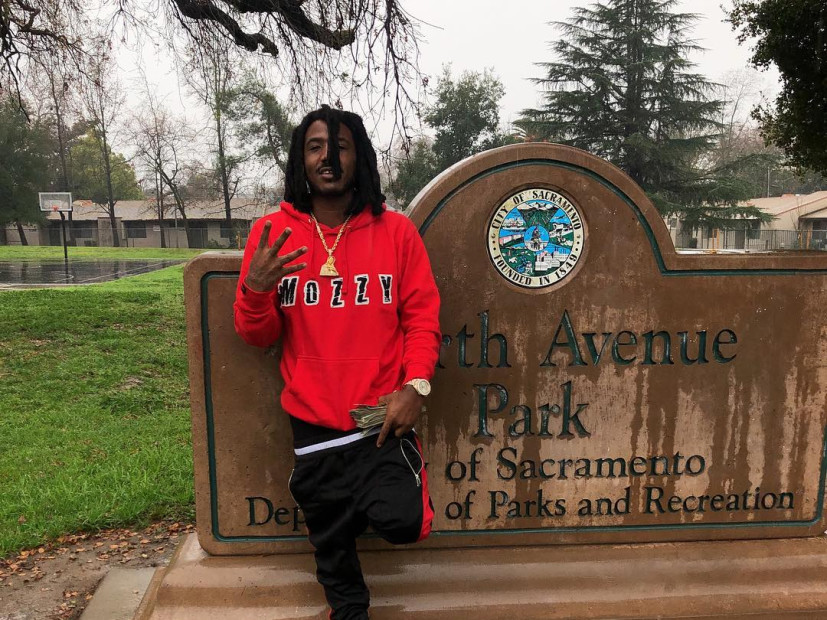 These days, you can find everything on the ‘Gram. From updates about your favorite artists to discovering the future of the culture in pretty much every corner of the app itself, no moment goes unnoticed in a mass media driven world. Instagram has long been a mainstay for photographers and video lovers alike, but the app also serves a very special purpose for musicians, celebrities and anyone who wants to get their voice heard and connect with each other. This week’s edition of Instagram Flexin’ includes Mozzy giving back to his city, Mary J. Blige’s Walk of Fame star, Swizz Beatz preaching health, and The Game starting a new project.

Mozzy Provides For His People

Not long after joining the “Stop Drinking Lean” movement, Sacramento’s Mozzy was seeing giving thousands of dollars out to the homeless all across his hometown.

My sister @therealmaryjblige got her star on Hollywood Blvd!! From Yonkers to Hollywood!! Y.O. stand up!! It’s Mary baby!! The Queen!!

In addition to being nominated for a Golden Globes award last weekend, the Grammy Award-winning artist received a star on the Hollywood Walk of Fame on what was also her 47th birthday.

#YAMSDAY 2018 | TIX ON SALE NOW #LINKINBIO | PORTION OF ALL SALES GO TO @asapfoundation ?

A$AP Mob announced the lineup for Yams Day 2018, featuring performances by Lil Yachty, G Perico and the Mob themselves.

Your health is your wealth ?? I wanted to start off 2018 by keeping the promise I made to my brother the late great Jay Icepick Jackson. Before he passed ,he urged that we all spread the word about how important our health is. As men we always think we’re invincible ! If that was the case, a great Man and many other great men would still be on this earth. Today I did a Colonoscopy, which many men refuse to do until it’s too late. It only took 2days for the entire process and thank God I’m okay. I wasn’t going to share this but I promised my brother I would spread the word to prevent others from going through what he did?? Blessings to all. Your health is your wealth… F@ck Cancer …. #jayicepickjackson ?? #icepicjayforever

Swizz Beatz is keeping his promise to the late Ruff Ryders producer Jay “Icepick” Jackson, who passed away from cancer last year. Swizz preaches that health is wealth and urges men to consider getting colonoscopies before it’s too late.

That was a bad idea, look you got a little ass whopping coming. It’s not a big deal, you will get over it. ?#denofthieves Jan 19

In addition to D12’s Bizarre going off on Joe Budden, 50 Cent added fuel to the fire when he posted a picture of the former Everyday Struggle host on Instagram and claimed Budden had an “ass whooping coming.”

& here we are….. in the golden years of what has been an amazing career to say the least…. this is the process I enjoy the most…. THE BEGINNING of a new project, new energy, new concept, new feel. I have a history of amazing projects & my body of work speaks for itself… my beat selection is impeccable & my bars… well, my fans know my track record…. so, get ready to take yet another ride down victory lane as I start a new project today…. & to my fans, my TRUE, CORE FANS: let me know what you want to hear & toss ideas out on which producers & artist you want to see & hear me work with & I will mix that with my own thoughts & create something magical…. I owe you guys everything in the world for the endless love & support… I thank you, now let’s fuckin get it !!!!!!!!! [? @drepic] shout my big brother @raekwon for the boss convo & the vibe ?

After a relatively quiet 2017, The Game announced he has a new project in the works. Seeking advice from fans (in addition to his own plans), the West Coast MC is preparing to create something magical.

#safaree want his girl back.

Gatorade outfit on and all, Safaree —in the middle of a performance— was looking to quench his thirst by calling out for someone to let Nicki Minaj know that he misses her.

Over the past months I was genuinely excited about launching my upcoming line and collaboration with @HM… Unfortunately, after seeing the disturbing image yesterday, my excitement over our global campaign quickly evaporated, and I've decided at this time our partnership needs to end. Whether an oblivious oversight or not, it's truly sad and disturbing that in 2018, something so racially and culturally insensitive could pass by the eyes of so many (stylist, photographer, creative and marketing teams) and be deemed acceptable. I can't allow for my name and brand to be associated with a company that could let this happen. I hope that this situation will serve as the wake up call that H&M and other companies need to get on track and become racially and culturally aware, as well as more diverse at every level.

Acknowledging previous excitement over the partnership, The Beautiful & Damned rapper expressed disappointment and put an immediate end to his relationship with H&M.

#tekashi69 tries to call out #uglygod for having fake jewelry … then it backfires on him.

The controversial rapper was seen attempting to clown Ugly God for wearing fake jewelry, but the ghost of Bow Wow created a sudden turn of events when Tekashi came to the conclusion that he was the only one in the room with a fake chain.