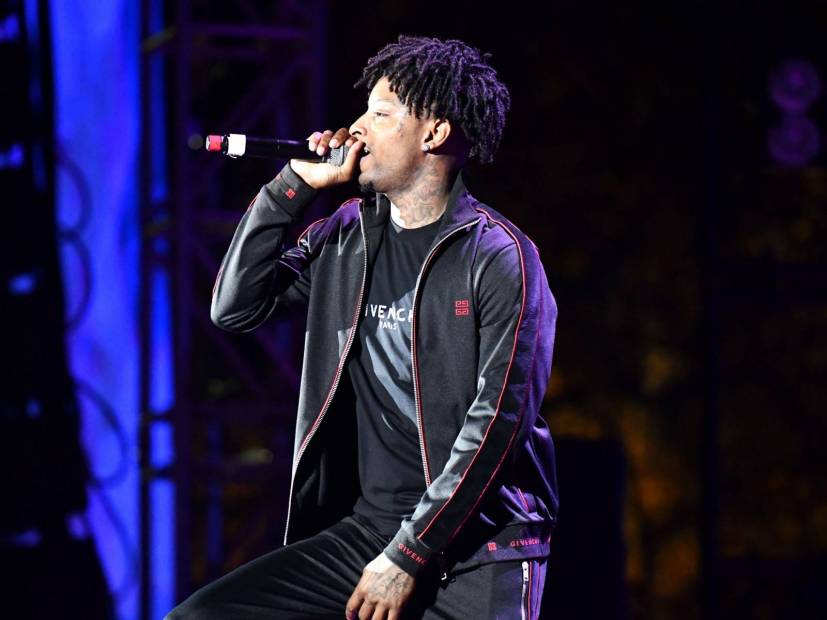 Los Angeles, CA – Roughly three years after Savage Mode, 21 Savage has confirmed he’s coming back with a sequel to the Metro Boomin collaborative project. Aptly titled Savage Mode 2, the album will mark the third EP in his catalog.

21 made the announcement during a recent show at The Shrine in Los Angeles after bringing Metro onstage.

“Los Angeles, California, I want to say R.I.P. to Nipsey Hussle,” he said. “We lost a real soldier. Savage Mode 2 on the muthafuckin’ way.”

21 is luckily able to be back in creative mode and on tour. In February, the 26-year-old was arrested by the U.S. Immigration and Customs Enforcement agency (ICE) after they’d determined he was an illegal alien.

Fans were shocked to find out 21 was actually a citizen of the United Kingdom and not from Atlanta as he originally led people to believe.

The father of three was granted bond on February 12 and released the following day. In April, he was expected at an expedited deportation hearing, but it was later postponed indefinitely.