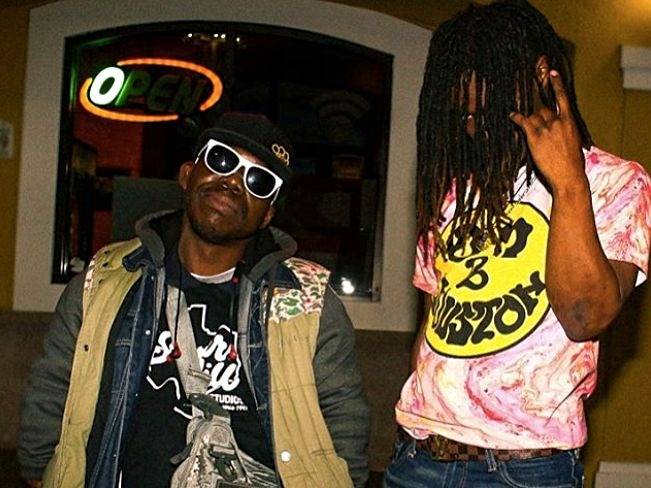 Houston, TX – Losing a parent is like having your heart ripped out from your chest, something Bushwick Bill’s son Javon Boutte understands all too well. Last month, the 23-year-old had to watch his father take his last breath after losing his battle with stage 4 pancreatic cancer.

Since Bushwick’s passing, there’s been controversy swirling around his name after Willie D sat down for an interview with VladTV. Rather than discuss the legacy they built together as the Geto Boys, Willie painted a portrait of a drug addict who made poor business decisions.

But Boutte isn’t letting it get to him.

“I didn’t take heed to him or acknowledge him at all,” he tells HipHopDX. “My uncle told me go ahead and just see what he’s saying since he’s mentioning my name. I just basically saw a lot of things that were not facts. I was there with my dad over these last several months — from everything that led up to when he got sick and to him passing.

The fact that today makes a month since you’ve been gone feels unreal. I know you watching over me. I’m going hard about my legacy everyday, I got you 4L ♥️ – see you, once my mission complete. – #bushwickbill #getoboys #rapalotrecords #chuckwick #littlebigman

Shortly after Bushwick told TMZ Live (and the world) he was sick, the Geto Boys announced The Beginning of a Long Goodbye Tour,  which was intended to be their final reunion run. But a day before it was scheduled to begin, Bushwick canceled. In his gut, he knew he’d die on the road.

“The Geto Boys reunion tour was going to start May 24,” he says. “My dad was admitted to the hospital May 23 in Texas. He could barely even walk. Basically, he got walking pneumonia from chemo. They gave my dad chemo on top of pneumonia, which made him even sicker.

“My dad was so sick, but he was literally just trying to put shows together and work. Right after chemo sessions, he’d head straight to the studio. I was in the studio with him for like 23 hours sessions. While I was falling asleep tired, he’d get on me and be like, ‘You got to be up. We got to work.’ He was that determined to finish that project. The man barely slept.”

I didn't like the title. Simple. It didn't speak life into my situation, but instead promoted the idea of impending death. I believe in the power of the tongue and speaking things into existence (whether you intend to or not.) If the tour was speaking life and good health, cool. But if I got on stage and performed, then I’m basically agreeing that I’m starting a journey on a "long goodbye". That’s not the energy I want to put out there. I refuse to even entertain that thought. And anyone who genuinely cares about me wouldn’t support nothing of that nature either. I’m going to fight this cancer 💯. And with your support and prayers, I’m gonna beat it too. #GoodVibesOnly Be on the lookout for the "Phuck Cancer" tour which kicks off June 8th in Dallas, Texas . @realdawn_p @tmz #FuckCancer #PhuckCancerTour #bushwickbill #getoboys #awareness #music #news #tmz #theshaderoom

Boutte says Bushwick made the conscious decision to quit taking the chemotherapy treatments. His father believed they were actually making him deteriorate faster.

“He stopped doing chemo on his own because he felt his body getting weaker and worse,” he explains. “He was like, ‘Man, I don’t feel right.’ That fourth chemo session he didn’t do because he felt like it was killing him, which was true. That Monday he went to the hospital and admitted himself. They said he had walking pneumonia.”

The Seed Of Chucky ♥️ – I be missing you everyday but I’m more focused than ever ! – Keep Streaming & Sharing Knxw #C.M+T.B Otw ! #Bushwickbill

But Boutte doesn’t want to spread any negativity. In fact, he wants nothing but the best for Willie.

“I would honestly just tell him, ‘God bless’ and I wish him peace within,” he says. “There were so many things my dad was doing before he passed that he couldn’t finish. I’m gonna focus on making sure my legacy and my whole family’s legacy my dad created is going to continue in a positive manner, which he worked hard for 30 plus years to do.”

For now, Boutte — who goes by Yung Knxw — is focused on releasing his collaborative project with his father, The Seed Of Chucky, Bushwick’s posthumous solo single, his own solo material and the Bushwick Bill documentary.

Check back next week for Part II of the Javon Boutte interview.