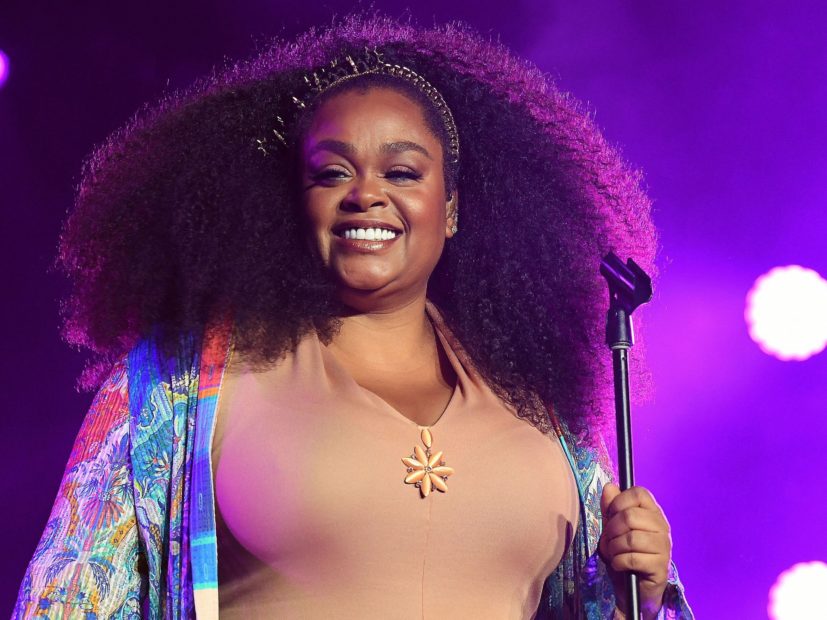 Jill Scott raised several eyebrows when a performance video of hers went viral. In the clip, Ms. Scott seduces her microphone in a very sexually explicit way. But, that doesn’t mean she supports the recent #cucumberchallenge.

The R&B singer/actress — or as she calls herself “Auntie” — took her thoughts to Instagram on Sunday (July 14) and explained the difference.

“Hey, I’ve been meaning to talk to you about this for a minute,” she says in the clip. “I have noticed the cucumber challenge. First, I just want to say the stage performance that you saw was a performance. I am an actor. It was a part of the journey of the evening.”

Scott then warns her 1.8 million Instagram followers participating in what many have deemed a “degrading” social media craze will make life harder.

“You putting a cucumber down your throat benefits you, how?” she continues. “First of all, it’s not very sanitary. Secondly, it’s not a real person, it’s an inanimate object. Proving this, doing this will make things more challenging for you.

“Since the video that I did not want to come out or didn’t even know existed  came out of that performance, it’s made things a little more challenging for me. This is your Auntie. I’m trying to tell you. Erase it or don’t do it.”

The #cucumberchallenge kicked off earlier this month. Several celebrities have weighed in on it, including Amber Rose and Lil Wayne’s daughter Reginae Carter.

Carter was particularly disturbed by the trend and voiced her opinion on Instagram Live.

“I feel like to each his own, that’s what you do but it’s very degrading and it’s not cute,” she said. Also, if you have a daughter…that shit is not cool. Honestly, the folks that’s posting it and stuff like that you gotta understand if you got kids your kids is going to school and trust me [people] addressing your kids about that and it’s not cool.”