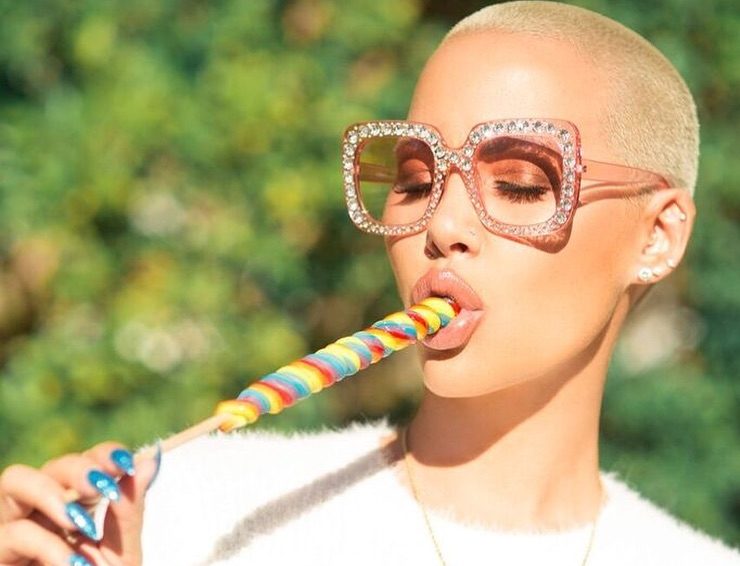 Amber Rose criticized those who are shaming cucumber challenge participants in a series of Instagram videos.

“I wanted to talk to y’all about this cucumber challenge that I’ve been seeing going around on Instagram and stuff like that,” she says in the first clip. “I’ve been seeing a lot of shaming going on and my personal opinion, I’ve seen the video and I was like, ‘Damn bitch, my throat ain’t set up like that, that’s crazy!'”

It’s not that serious y’all ??? #cucumberchallenge

After recounting her comedic apology to her man Alexander “AE” Edwards, Def Jam’s Vice President of A&R, over her lack of skill in that field by comparison, Rose highlighted her main point.

“We all suck dick, like we literally suck dick,” she told her 18 million Instagram followers. “Everybody is on the internet shaming this girl for sucking a cucumber and we suck dick.”

Rose believes the shaming comes from insecure women. She advises them, “If your man is going and cheating on you and being disrespectful, you have to understand baby girl that don’t got shit to do with you.”

“If a man gets up and leaves you for a bitch that sucks on a cucumber, then girl, he was never the one for you in the first place,” she declares.