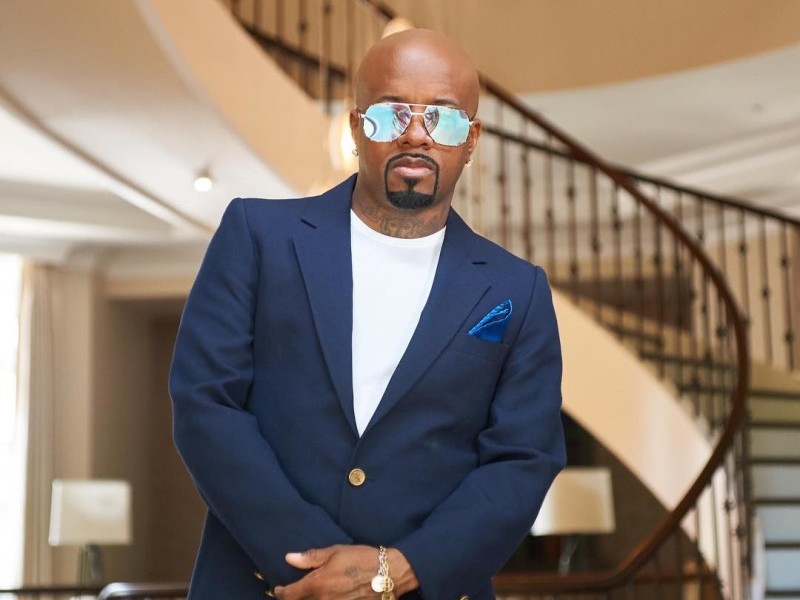 Jermaine Dupri infuriated several female rappers when he equated them to “strippers rapping” during a recent interview with People Magazine — including Cardi B.

Following the backlash, the So So Def mastermind announced a new So So Def Female Cypher. He made the reveal on Friday (July 12) via Instagram.

“After all the calls, DMs, angry tweets and other messages saying ‘I am a major gatekeeper in the hip hop world, why don’t I invest in a female who is out here hustling and making a name for herself?’ I decided to create the #SoSoDefFemalecypher,” he captioned the image. “details coming soon.”

After all the calls,DMs, angry tweets and other messages saying “I am a major gatekeeper in the hip hop world,why don’t I invest in a female who is out here hustling and making a name for herself?” I decided to create the #SoSoDefFemalecypher, details coming soon

But of course, there are plenty of people who also think Dupri has a point. Others are calling it a PR stunt intended to get his cypher off the ground.

Jermaine Dupri is the same short nigga that said Beyoncé will not be here in ten years. Years later in 2016, he was one of the opening acts at Beyoncé's sold out stadium tour lmao… His opinion on women artist is invalid.

lol @ jermaine creating a female rap cypher. you can’t invest in nobody. worry about all those careers you promised those kids on that t.v show that have went nowhere pic.twitter.com/oGF0D3Cy76

Jermaine Dupri is correct, but he should have been honest about these male rappers.. They're trash. No originality, no lyrics, no substance, just a bunch of bullshit. With the exception of a handful of artists, today's Hip-Hop is garbage.. pic.twitter.com/leMjyKJdBS

You think Jermaine really came at this properly? He shit on female rappers then said oh sorry here’s a cypher so you can prove to me you can rap. That’s corny as hell

All the girls on the tl: pic.twitter.com/YmMaOOFE43

Funniest thing about Jermaine Dupri setting up a cypher is its perfect marketing for femcees with substance and bars. Nigga is a genius 💀💀

Jermaine Dupri really had the nerve to sit and say that female rappers rap about the same thing when a majority of the male rappers out right now are rapping about nothing but sex, money, and drugs pic.twitter.com/c1YSlAFuF6

The funniest thing about this Jermaine Dupri situation is that when he had a female rapper right in front of him that wasn’t spitting about sex and lyrically was in her bag when she was under 16 (Deetranada) he didnt sign her. (See “The Rap Game” season 3) pic.twitter.com/VmdsBxBYYc

Jermaine Dupri made a true statement about female rappers today. Many of them are rapping about the same thing. I understand where he is coming from because Jermaine produced one of the greatest female spitters EVER, Da Brat.

Top selling female artists: All rap about their pussy & stripper like shit….

Jermaine Dupri: they all rapping bout the same stuff it’s like stripper rap…

Jermaine Dupri’s statement just speaks to male rappers not viewing women as peers. He’s lumped all the women in the industry together labeled them as strippers and went ahead bout his business

Didn’t Jermaine Dupri cheat on Janet Jackson with a stripper???
You valued strippers over JANET MF JACKSON and have the nerve to talk shit!💀💀💀 pic.twitter.com/tKFOi4aSgy

So I guess Jermaine Dupri is gonna skip over the fact that damn near every male rap is about popping pills, drinking lean, selling drugs, partying, and money. Typical misogynistic hypocrisy. pic.twitter.com/2uIYCLDFhE