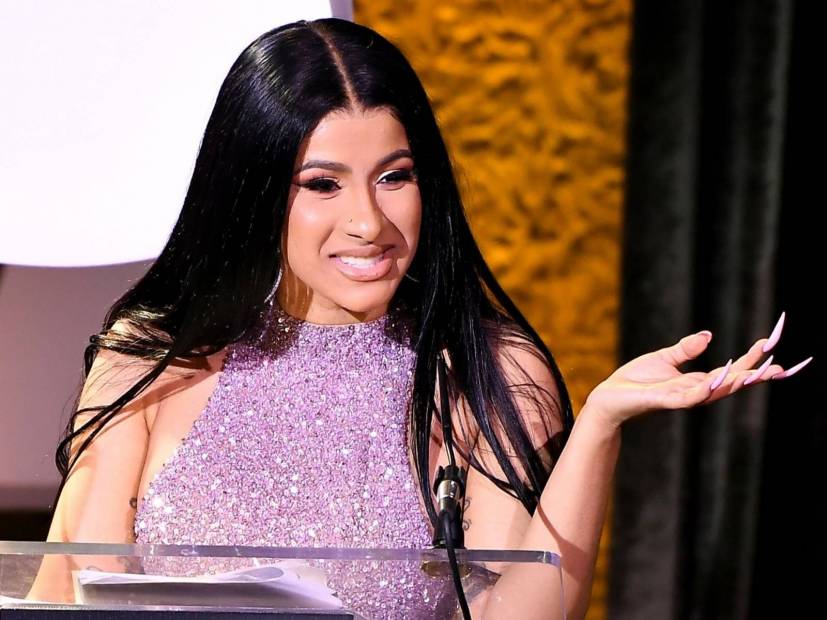 Cardi B Pleads Not Guilty In Strip Club Beatdown

New York, NY – Cardi B showed up to a New York courtroom on Tuesday (June 25) after a Grand Jury indicted the platinum-selling star late last week.

TMZ reports a judge informed Cardi she’s being charged with attempted assault in the second degree and various other charges for the alleged strip club beatdown last August.

During the hearing, Cardi’s attorney declined to have all charges read aloud, so Cardi simply blurted out, “Not guilty sir, honor.”

Cardi is facing 12 charges, including two counts of felony attempted assault with intent to cause serious physical injury. Other charges include misdemeanor reckless endangerment, assault, criminal solicitation, conspiracy and harassment.

If convicted on the new felony charges, Cardi could face up to four years in prison.

As she left the courthouse, Cardi was greeted by a barrage of fans. Over the weekend, she picked up a 2019 BET Award for Album Of The Year thanks to her work on Invasion Of Privacy.

[This article has been updated. The original version was published on June 21, 2019 and can be found below.]

Cardi B’s journey from Bronx stripper to platinum-selling rapper is nothing short of miraculous. But, not everything is roses and unicorns for her. Earlier this week, the Grammy Award-winning artist was reportedly indicted by a Grand Jury and is facing several charges, including two felonies.

TMZ reports Cardi was slapped with 14 charges in total stemming from a strip club brawl at Angels in Flushing, New York last August.

The “Bodak Yellow” phenom was arrested in October after allegedly ordering an attack on two of the club’s bartenders. She reportedly accused one of the women of sleeping with her Migos husband Offset. A brawl broke out and chairs, hookah pipes and tables were thrown. As a result, one of the women was injured.

Consequently, Cardi is being charged with two counts of felony attempted assault with intent to cause serious physical injury, misdemeanor reckless endangerment, assault, criminal solicitation, conspiracy and harassment, among other charges.

The mother of one previously rejected a plea deal, which would have given her a conditional discharge in exchange for pleading guilty to a single misdemeanor.

Last month, prosecution sources said they decided to take it to the Grand Jury because of information they uncovered during their investigation, although they wouldn’t dive into details.

But, as they say, the show must go on. Despite the indictment, Cardi showed up at the ASCAP Rhythm and Soul Music Awards in Beverly Hills with Offset on Thursday night (June 20), where she won an award for Songwriter of the Year.