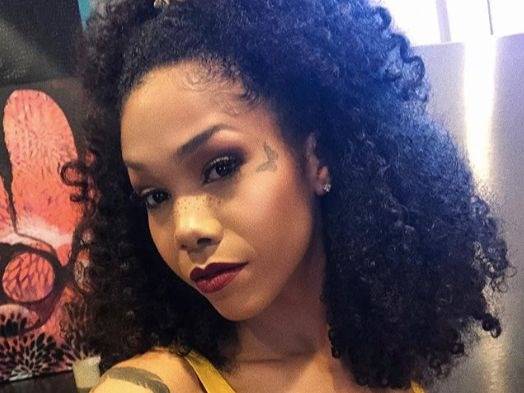 Detroit, MI – Burgeoning Detroit rapper Tiny Jag pulled out of the AfroFuture Fest music festival last week when she found out “non-POCs” were paying more than people of color.

According to the Metro Times, she was outraged when a white friend of hers sent a screenshot via Instagram showing the ticket price discrepancy. She learned the early bird POC ticket was $10 while the early bird “non-POC” ticket cost $20.

“I was immediately enraged just because I am biracial,” she said. “I have family members that would have, under those circumstances, been subjected to something that I would not ever want them to be in … especially not because of anything that I have going on.”

OFFICIAL LINE UP For Afrofuture Fest IS HERE✨✨✨

Once Tiny Jag confirmed the festival’s ticket structure, she immediately canceled her appearance and asked organizers to remove her name from any promotional materials. During her interview with the Metro Times, she said it would be particularly offensive to her grandmother who is white.

“A lot of the songs that I perform are from my first project called Polly — that is my grandmother’s name,” she explained. “How do you want me to come to a performance and perform these songs off a mixtape that is titled after this white woman that you would have charged double to get in here? Like, it’s just outrageous from so many different angles.”

The AfroFutureFest explained their model on their Events Brite page.

WHY DO WE HAVE POC(PEOPLE OF COLOR) AND NONPOC(WHITE PEOPLE) TICKETS? I’M GLAD YOU ASKED!

EQUALITY MEANS TREATING EVERYONE THE SAME

EQUITY IS INSURING EVERYONE HAS WHAT THEY NEED TO BE SUCCESSFUL

OUR TICKET STRUCTURE WAS BUILT TO INSURE THAT THE MOST MARGINALIZED COMMUNITIES (PEOPLE OF COLOR) ARE PROVIDED WITH AN EQUITABLE CHANCE AT ENJOYING EVENTS IN THEIR OWN COMMUNITY (BLACK DETROIT).

AFFORDING JOY AND PLEASURE IS UNFORTUNATELY STILL A PRIVILEGE IN OUR SOCIETY FOR POC AND WE BELIEVE EVERYONE SHOULD HAVE ACCESS TO RECEIVING SUCH.

WE’VE SEEN TOO MANY TIMES ORGASMIC EVENTS HAPPENING IN DETROIT AND OTHER POC POPULATED CITIES AND WHAT CONSISTENTLY HAPPENS IS PEOPLE OUTSIDE OF THE COMMUNITY BENEFITING MOST FROM AFFORDABLE TICKET PRICES BECAUSE OF THEIR PROXIMITY TO WEALTH.

THIS CYCLE DISPROPORTIONATELY DISPLACES BLACK AND BROWN PEOPLE FROM ENJOYING ENTERTAINMENT IN THEIR OWN COMMUNITIES.

AS AN AFROFUTURIST YOUTH LEAD INITIATIVE THE VOICES OF OUR YOUTH INFORM OUR RESISTANCE.

HERE’S WHAT THEY HAVE TO SAY

“For the safety of our community, family, elders who received threats from white supremacists,& youth who were subjected to seeing racist comments on our IG pg,” the post reads. “Afrofuture Fest has changed our ticketing model to $20 General Admission & suggested donation for nonPOC on @eventbrite.”

For the safety of our community, family, elders who received threats from white supremacists,& youth who were subjected to seeing racist comments on our IG pg,Afrofuture Fest has changed our ticketing model to $20 General Admission & suggested donation for nonPOC on @eventbrite pic.twitter.com/6wQXEjRKtt

Tiny Jag issued an apology to her fans and admitted it was a tough decision.

“It’s not fun to withdraw out of shows, especially at home, especially in your hometown, and especially when your supporters have been so good to you,” she said. “It’s also not fun to do that to my fellow Black women, like that sucks too. It sucks that this is a thing that’s put a wedge here.”