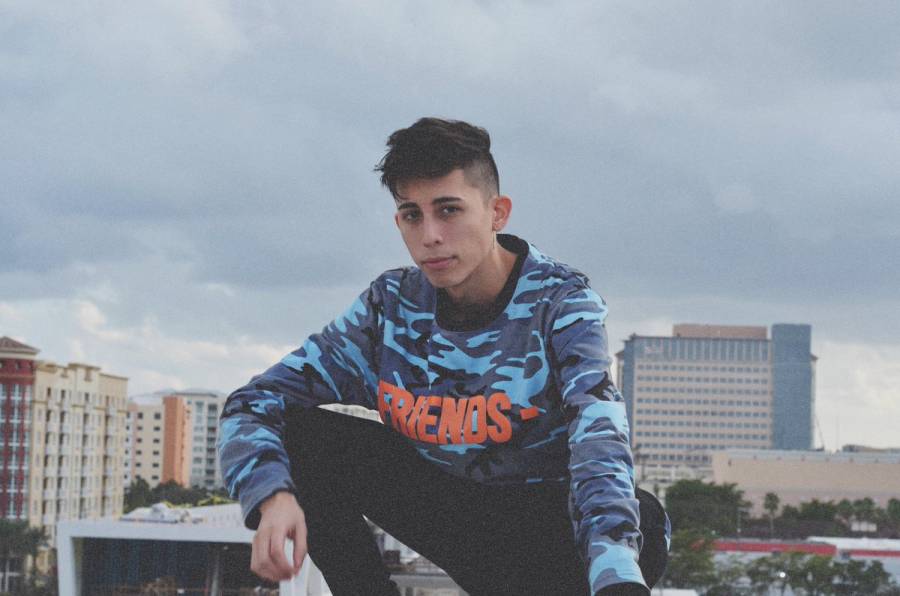 New York, NY – The state of Florida is little more than America’s punchline, but from time to time, it produces a few decent things.

Case in point: Diablo, who started his career in Wellington, a tiny inland suburb of West Palm Beach, where he sat behind the boards at Afflux Studios and produced hits for the likes of Kodak Black and RiFF RAFF. From there, the now-22-year-old has gone on to produce for nearly everyone in the Gen Z legion of Hip Hop, including Wifisfuneral (another South Florida native), Smokepurpp, Ski Mask the Slump God, and Lil’Pump.

So it makes sense that he’s a little blase about the prospect of working with other rappers. “You know, there really isn’t anyone I want to work with that I haven’t already worked with,” he tells HipHopDX exclusively. “I’m lucky like that.”

Diablo is speaking excitedly about his upcoming projects, including a full-on production album, which he says he’d “had in mind for a while.” He’s animated when he talks about his single, “Illuminati,” and mentions that he’ll be working with the likes of Desiigner and Lil’Pump, as well.

“It’s really dope,” he said. “I really can’t wait for everyone to hear it.”

While production is nothing new for the rising star, what is new is performing live. For the first time in his career, he’ll be appearing at HARD Summer Music Festival, located in Fontana, CA (about 90 minutes east of Los Angeles). The festival, which features an all-star Hip Hop lineup that includes everyone from JPEGMAFIA to Kid Cudi, from Sheck Wes to Loco Dice, is one of the first times that Diablo will be performing live, and needless to say, he’s hype about it.

After HARD Summer, Diablo says he’ll be heading over to Lollapalooza, which was once a stronghold for rock’s greatest acts.

“That’s something like history being made, right?” he asks, rhetorically. “It will be so dope to perform live — especially at such great events like Lollapalooza and HARD Summer. I can’t wait for everyone to check it out.”

Tickets for HARD Summer Music Festival are on sale now.