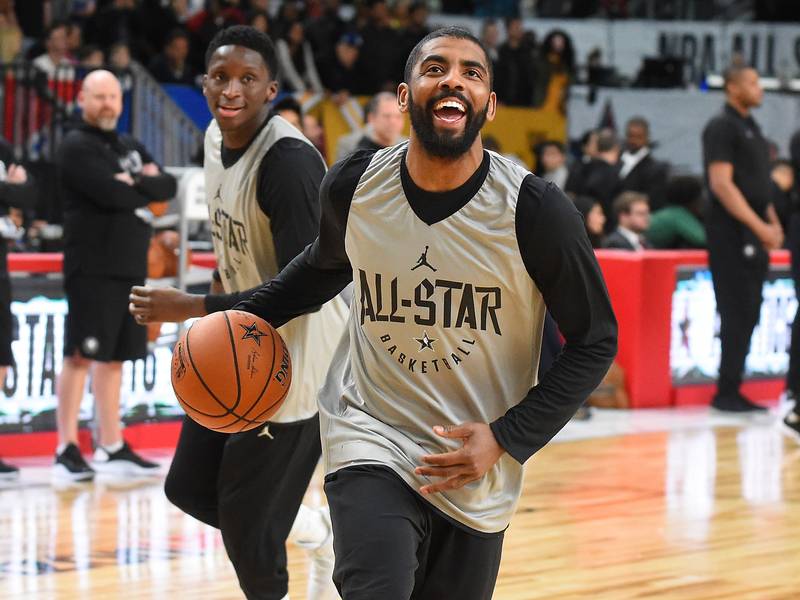 Brooklyn, NY – Kyrie Irving sent shockwaves throughout the basketball world when he decided to sign with the Brooklyn Nets, joining Kevin Durant and DeAndre Jordan to form a promising trio. The Tri-State area baller is coming back home for the next four years, and he put everyone on notice the Brooklyn way.

Irving went on Instagram to formally announce the new deal, which is reportedly worth up to $141 million. The video features Brooklyn-born billionaire JAY-Z’s “Public Service Announcement” as its soundtrack.

Although Hov is no longer a minority owner of the Nets, he continues to be a supporter of the team.

Irving detailed the importance of coming back to the Tri-State area in the clip. The new starting point guard for Brooklyn grew up in West Orange, New Jersey and played for St. Patrick High School’s basketball team.

“Home is where my heart is,” he said. “And it’s always been there.”