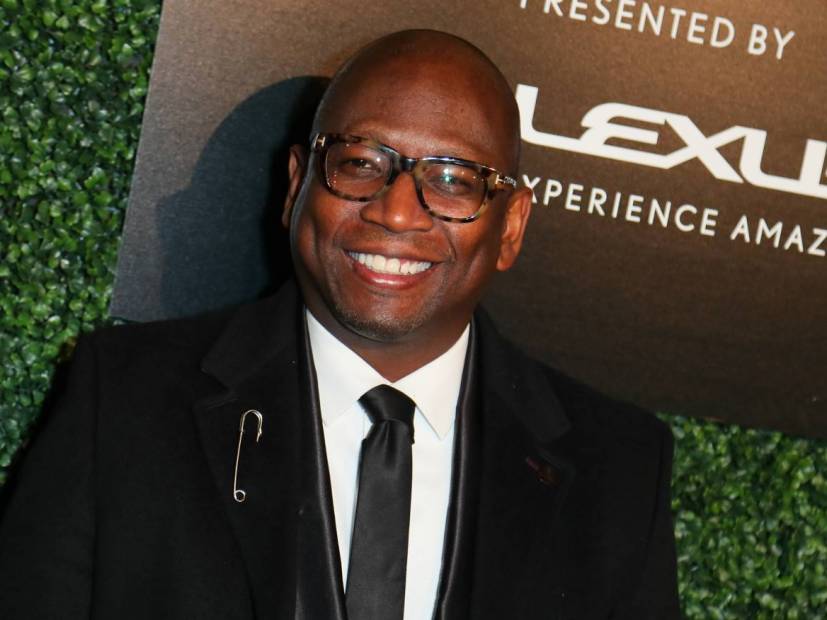 Los Angeles, CA – In the mid-90s when Tupac Shakur was out on bail, fresh outta jail, California dreamin’, a young Guy Torry was trying to establish himself as more than just Joe Torry’s brother.

One of Guy’s main moves when he moved out to Los Angeles from St. Louis to host a Phat Tuesdays night at the famed Comedy Store, which featured a lineup of most or all Black comedians.

One of the loudest voices in Guy’s ear telling him to make a name for himself was none other than Pac — who was a big fan of comedy. The late rapper/actor and the rising comic soon became fast friends.

Despite Shakur’s imminent legend status, Guy remembers a time when he opted to avoid hanging out for fear of the attention it might have drawn.

“I met Tupac through my brother Joe Torrey, who did a movie with him called Poetic Justice,” Guy prefaced to HipHopDX adding, “rest in peace Tupac and John Singleton.

“I met Tupac very early when I moved to L.A. to get into standup and he was always in my ear, always telling me ‘get out of your brother’s shadow, create your own lane and keep at it,’ cause he loved comedy, he revealed.

“I’d bump into him at concerts and I remember one Tuesday, I think we were at House of Blues to see The Fugees or LL Cool J. He wanted to hang out after and I remember he said ‘What’s going on Tuesday nights, what’s poppin?’ I said ‘well there’s this club called Peanuts, which is a lesbian spot, there usually be some fine women in there. That used to be the spot Tuesday nights so he said ‘let’s go.’”

However, between the fevered diss records and controversial magazine covers, Guy began to rethink his guy’s night out.

“But at that time I remembered ‘wait a minute. We’re at the height of the East Coast/West Coast drama. He was driving a cream-colored, drop-top Rolls Royce and I was like ‘I don’t know if I wanna be ridin’ around with Tupac at like midnight in L.A. at the height of the East/West drama so I had a little pager and I faked like a girl paged me,” Guy remembered. “I was like ‘oh, I forgot, I got this little shorty waiting outside my crib, and he was like ‘go handle that. Where is that spot at?’ I told him where the spot was and I was like ‘Whooo! Dodged a bullet.’”

Though some would rue the thought of passing on such an opportunity, the Trippin’ actor was fortunate enough to catch up with Pac on many a Tuesday at what became one of the venerable comedy club’s signature nights.

“It wasn’t that big a deal [to pass up hanging with Tupac] at the time cause he was always at the Comedy Store. I used to do a night at The Comedy Store which was a legendary night,” Guy noted. “We’re actually shooting a documentary on it right now, which is gonna have a lot of exclusive footage and is gonna be the hottest documentary to come out in a long time. Pac used to come in all the time to listen to comedy,” he added.

Before Guy began hosting Phat Tuesdays, another soon-to-be-famous comic (one with a Death Row Records connection) was hosting when one of Tupac’s more notable skirmishes took place.

“Before I started doing my night, Fat Tuesdays at the Comedy Store, Eddie Griffin did a night and an incident happened where Tupac and Treach were sitting next to each other and I guess the fight spilled over to their table,” Guy recalled. “Treach used to wear that big old chain, like not a gold chain but that pull-a-pick-up-truck chain, so he started beating the guy with the chain. So he and Tupac were side by side beating up a guy.”