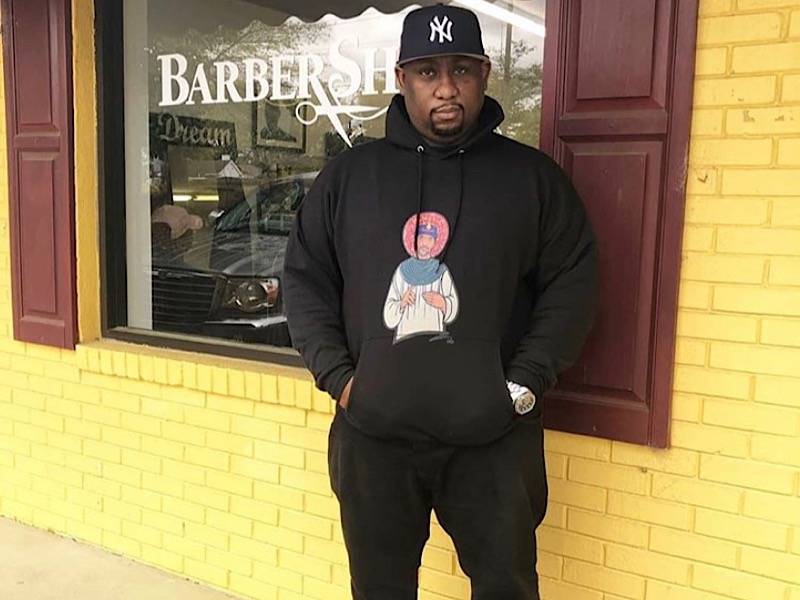 Though it may get lost in the timeline shuffle of contemporary Hip Hop, largely driven by social media and viral news bits, there is still a cohort of artists from the genre’s golden era who are still actively making music.

A Nervous Records and Rawkus Records alumni who rose to underground prominence appearing on both the Soundbombing and Lyricist Lounge series, as well as a member of the Polyrhythm Addicts collectives (with DJ Spinna, Mr. Complex and Apani B), Shabaam has remained remarkably consistent over the years.

”Over the years I’ve paid dues and learned the business,” he tells HipHopDX of his history in the game. “I’ve dealt with many labels and distribution companies and gained a grasp of releasing music independently. I hit the scene mid to late 90s, went to prison early 2000s, and came home in 2005 … I’ve been releasing music every year since to catch a new buzz and stay on the road in Europe and the U.S.”

The continued support he’s received has kept him going. His music serves a forgotten niche that today’s generation of artists often fails to connect with properly.

”I feel that there is no age limitations to creativity in rap music and the use of language and music. The genre of Hip Hop is only 40+ years old. I’ve been in the game since a baby, so demographically who going to represent for the grown folks who still want to hear new hip hop but are not connecting with the new wave style?”

Next up for the veteran rhyme-spitter is a collaborative LP with producer J57 — which he notes, has been a long time coming.

“Me and J57 met at the Fat Beats flagship store In NY years ago and we always stayed cool,” he says. “I went to events their frequently and did business with Fat Beats on some independent records that I put out over the years. We finally got to work together on a song called ‘GMR,’ which I put out as a one-off single … it did very well.”

”GMR,” an acronym for Grown Man Rap, was a nod to the final tour he completed with the late Sean Price. “We did a east coast run of shows. It was a great time of my life.”

After the feedback, they received from the track they decided to do an EP, which blossomed to a whole LP that the duo plan to drop this summer (or early fall).

I'm finnally back home off of our European tour and my priority this week is getting my shop ready for its Grand Opening in January. After cutting hair for so many years in other peoples establishments, of which I'm greatful for those opportunities. Opening my own place is definitely another long term goal reached. I'm looking for barbers in Newton & Rockdale county Georgia. Tell a friend to tell a friend, inbox me. BleSSings.??? @bladekingsbs www.bladekingsbarbershop.com #Conyers #rockdalecounty #Covington #NewtonCounty #ConyersBarbers #CovingtonBarbers #AtlantaBarbers #Barbershop #Barberlife

Aside from music, Shabaam also had another major accomplishment this year, opening up his new barbershop. “I got back from touring Europe with ED O.G and had it open January 2, 2019. After being a barber for 15 years it was a great accomplishment for me … working for my self was always important,” he notes.

“I always wanted to open a business and barbering always gave me the freedom and flexibility to still tour and do other things.”

Check out Shabaam’s latest single/visual, “Get Up & Get It,” featuring vocals and guitar from BB King protégé Jamell Richardson, below. Be sure to follow Shabaam Sahdeeq on Instagram.