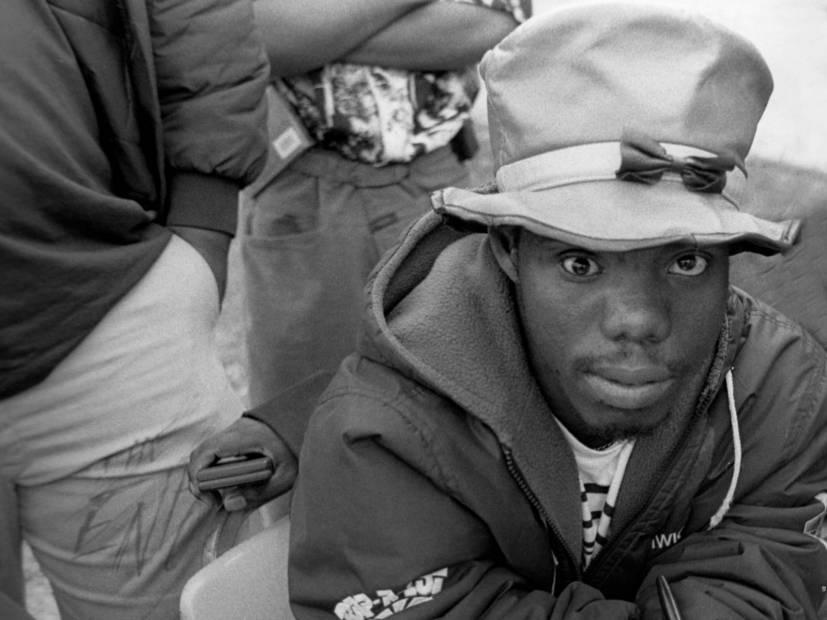 Houston, TX – Richard Shaw — better known by his rap moniker Bushwick Bill — may have been born with dwarfism, but his presence was larger than life. Sadly, the Geto Boys MC passed away at a Houston hospital on Sunday (June 9), roughly four months after he was diagnosed with stage 4 pancreatic cancer. He was 52.

Alongside Scarface, Willie D and the late DJ Ready Red, the Kingston-born artist laid the foundation for the horrorcore genre with their dark lyrics and ominous tones.

In the early ’90s, the Geto Boys were propelled to national recognition following the release of their 1991 album, We Can’t Be Stopped, which spawned the massive single,”Minds Playing Tricks On Me.” The track peaked at No. 23 on the Billboard Hot 100 and landed at No. 1 on the U.S. Hot Rap Songs chart.

The We Can’t Be Stopped cover art depicted a photo of Bushwick being rushed into surgery moments after he accidentally shot himself during an argument with his girlfriend. Unfortunately, the incident cost Bushwick his right eye.

On the flip side, the graphic and controversial image equated to more album sales, and the project was eventually certified platinum by the RIAA in 1992.

The 3-feet, 8-inch tall rapper released six solo albums during the course of his career and is considered a bona fide legend by countless fans and peers alike.

Hip Hop came out in droves to mourn the loss of Bushwick — from Snoop Dogg, Warren G and Naughty By Nature to Cypress Hill, Busta Rhymes and Erick Sermon.

One of the most intelligent brothers I ever met in the world. Also was welcoming to me and warren g as young artist. In the game before we had a deal what a treasure Big things come in small packages keep my dear brother bill. In ya prayers he’s an angel and that ain’t no cap all real rap 💙🙏🏾

I wish I would have known what you were going through but you never told me man. This man raised me and @snoopdogg as pups before the fame. Real Hip Hop Culture @therealbushwickbill we gone miss you homeboy and I will never forget your saying) I’m to short for long conversation Warren because I use to talk to him about a lot with this music business and he would tell me they all snakes Warren just stay out the way. Much love homeboy!

At Treach's request he wanted to send condolences to Bushwick Bill's family and loved ones as well share our most recent memories with Bushwick Bill from May 15th 2019 during the Mixtape Tour in Houston! Bill always hit us up to check on us and always came to our shows when we were in town!! Rest well Bill!! We love ya bro!! #ghettoboyzbynature #naughtybynature #mixtapetour2019 – #regrann

The family of Bushwick Bill has now confirmed that the Geto Boy has passed away. Rest In Peace 🙏🏻 pic.twitter.com/vXzAN1VSu0

Bushwick Bill wasn’t supposed to be a star according to our society. He defied every odd and became an institution. Along with Face and Willie D, he became the voice of a generation. The Geto Boys put the realities of the violence and mental illness we deal with in the Hood right in our faces long before we started saying “woke.” Who else would get shot in the eye and then say “let’s do the album cover photo shoot right now!” Rest in power to Kingston Jamaica born, Bushwick Brooklyn representing, Houston Texas raised, Bushwick Bill. A legend.

I Posted Several Hours Too Early Yesterday But My Heart Was Always In The Right Place… Especially When I Had A Personal Friendship With Him Since 1988… Thanks Scarface For The Direct Calls To Me… Sleep Peacefully Bushwick Bill. Love You Homie…🙏🏾 GETO BOYS LEGEND…

R.I.P…… BUSHWICK BILL… YOU WILL BE MISSED…. pic.twitter.com/IMnuPJC7wL

Bushwick Bill, an icon. I could go on for days about Fuck Em, Mind of a Lunatic (the re-recorded version), Assassins, and Size Ain’t Shit. Bill had a unique voice and delivery…and most notably, hell-raising, provocative content. His portrayals of homicidal maniacs are up there with Steven King novels and Heath Ledger’s Joker…but amidst all of the ultra-violence, Bill & the Geto Boys were fearlessly outspoken about racial injustice, crooked cops, and the education system. Despite being from NY, he was largely responsible for all of us buying and bumping anything that came out of Texas back then. Bill will never be forgotten, rest in peace. #BushwickBill #GetoBoys #RIPBushwickBill

Me and my guy was drunk as hell lol lol lol

#Furious5 Rapper Bushwick Bill of the Geto Boys dies at 52 A publicist for rapper Bushwick Bill says the founder of the iconic Houston rap group the Geto Boys has died. Bill's publicist, Dawn P., told The Associated Press that the rapper died Sunday at 9:35 p.m., local time, at a Colorado hospital. The publicist says the rapper, whose legal name is Richard Shaw, was surrounded by family when he died.