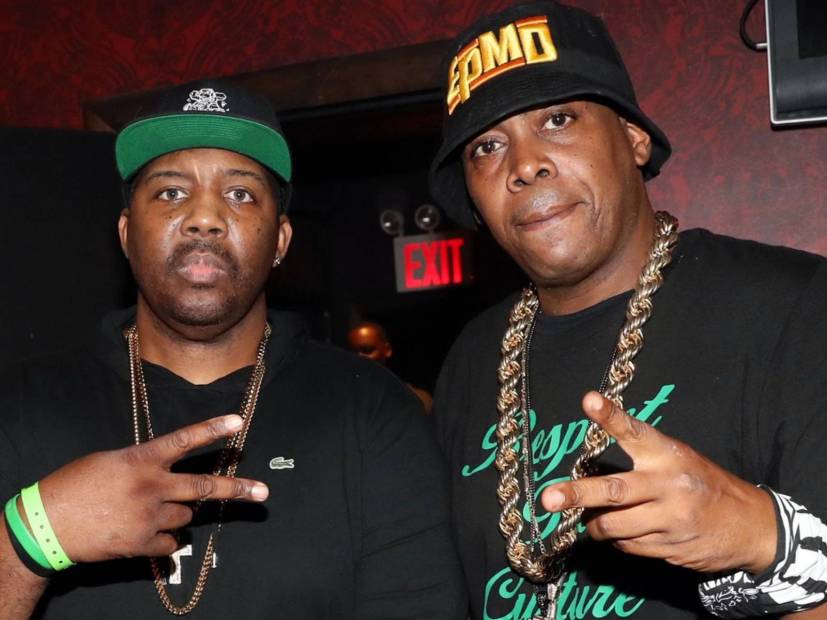 EPMD is back in business. After seven albums and over 30 years of pumping out authentic, boom bap Hip Hop, Parish Smith and Erick Sermon have announced its first album in 11 years.

Smith confirmed the news to HipHopDX and revealed they’ve thrown three titles in the ring — All Business, Major Business and Big Business. The iconic duo has recently returned from a trip to Africa, where Smith says they performed after being commissioned by the African government. Now that they’re back in the States, it’s — yep! — business as usual.

“The demand from the Hip Hop community, the previous dope shows we did like at The Apollo and the trip to Africa really made us want to do the album,” Smith tells DX. “It’s just time. Everything just comes back around. Like ‘Business As Usual,’ we gots to give the people what they want.

“It’s more or less being out in Hip hop and listening to what people are seeing. They want a real album like Strictly Business, Unfinished Business, Business As Usual or Business Never Personal.”

When asked if he and Sermon are on the same page, he says, “Yes, we are really on a good page. It’s less about us and more about what the fans already did for us. Not many people have a career that span over 32 years.

“You have to put yourself aside and listen to what the people are saying. If shows are sold out and they’re wanting more, then it all makes sense.”

Production-wise, Sermon and Smith are going to handle a lot of it on their own, but they’re open to working with other capable beatsmiths.

“Naturally me and E is going to do the production,” he explains. “Also, we’re open-minded to great producers who grew up on us and have the respect for us to help us out on the production.

“It’s great that we’re good producers, but when you have fans that went on to have a tremendous amount of success and grew up on you, that person is going to hand you a monster track and that’s dope. The pressures not all on you.”

Smith says they started working on the album roughly two months ago and are three or four songs deep into the project.

“I already dropped my vocals,” he says. “Now, we’re getting back into it. There’s been a little adjustment after Africa. Without us rushing, if we can’t get it out this year, it’s a 2020 situation. The beauty for us now is Hip Hop seems to be doing a full circle. So many people are into hearing that 90s music and 90s sound.”

The forthcoming album will serve as the follow-up to 2008’s We Mean Business. The two New Yorkers kicked off their storied career with the 1988 classic, Strictly Business. Despite many breakups and makeups, they’ve continued to tour over the past three decades.

DJ Scratch, who joined the duo around 1989 for EPMD’s second album, officially left in 2017.