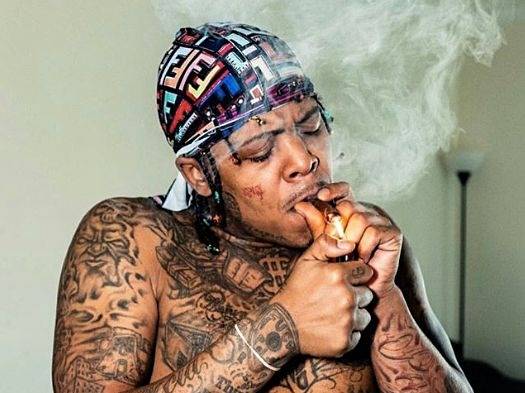 Los Angeles, CA – Sosamann was reportedly arrested earlier this week. TMZ reports the Taylor Gang affiliate stands accused of convincing two women to move to California to live the Hollywood lifestyle and then forcing them into prostitution.

Law enforcement said the women were arrested during a recent a prostitution sting in Los Angeles. During police questioning, they claimed Sosamann lured them to the West Coast, then pushed them into selling their bodies for sex. They said they weren’t able to get away.

No love for a snitch 🖕🏽 give stitches like lilo 😈 #SauceEskobar2 .. what backwoods yo favorite? 🤷🏽‍♂️

Sosamann was arrested and booked on a felony charge on May 11 but released the next day after posting a $100,000 bail.

According to Los Angeles Sheriff’s Department’s website, due in court on June 6.