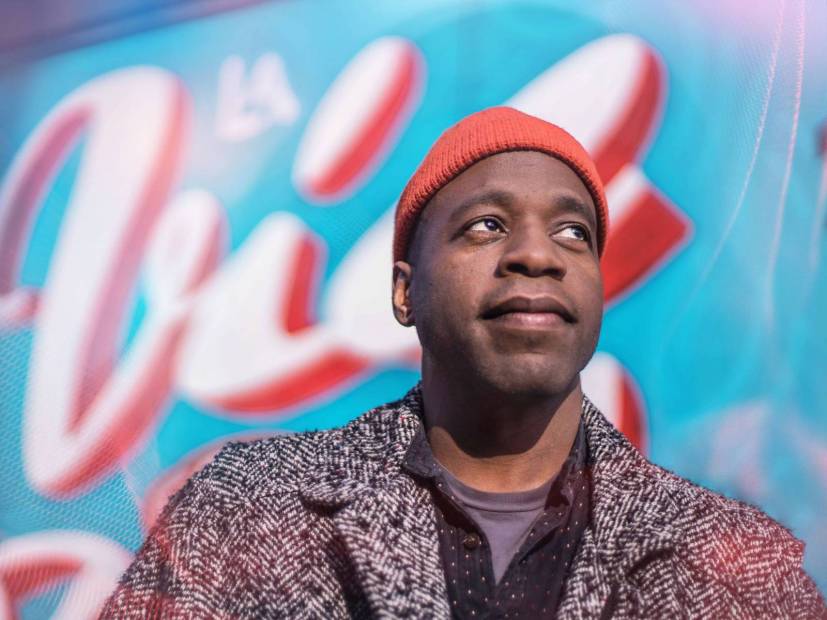 Raashan Ahmad first rose to prominence in the Bay Area Hip Hop scene with his group Mission, which would eventually be called Crown City Rockers. Over the years, he embarked on a solo career and embraced his worldly journey along the way.

Now based in Santa Fe, New Mexico, Raashan has found the space and time to carve out a new body of work called The Sun. It marks his first self-produced project.

“The album came together over the course of years,” he tells HipHopDX. “Through music, I’ve had the fortune of traveling and meeting and experiencing so many new genres and cultures, and I felt like I needed to really push myself to do something I hadn’t done before.

“I usually rap over beats I get from beat makers, which I love, but this time I wanted to take all that I’ve been living and just didn’t think I could get that from a certain producer so I stepped into that role myself.”

Spring is in full bloom! Wildflowers are sprouting and my new album! Ha! Out tomorrow!!! The winds of change are blowing…

One track in particular stands out. Titled “The Day The Sun Came,” Raashan delivers it in a more spoken word style, a nod to Gil-Scott Heron. It captures the pain of losing his mother to cancer and the breakthrough that followed.

“One of my biggest heroes is Gil-Scott Heron and I always wanted to push myself to use my voice in different ways like he does which is why there is spoken word [‘The Day The Sun Came’] me singing for the first time [‘Pain Away,’ ‘Sea’] and even trying to have more variation in my rap voice,” he says. “I have been lucky enough to see up close music from all over the world which heavily influenced this album too.

“The African rhythms, Flamenco palmas, to folk and traditional musics all went in while my traditional Hip Hop background always keeps me on toes to push lyrically.”

Inspiration I put into my album “The Sun” available THIS FRIDAY MAY 24th!!! This was one of those moments where I made sure to take it all in…On stage with my Radiostatik fam and the philharmonic Orchestra (@filharmoniaszn) in Szczecin Poland! this was an experience I'll never forget…big up Michal Wróblewski for having me on this project. I was so inspired working on this show! Check the full clip (via YouTube under Radiostatik – “Good Times”) #hiphoporchestra #radiostatik #goodtimes

The eight-track project was no easy feat. Raashan recorded it throughout his travels — no matter where he was.

“My computer and mic traveled with me and I’d send ideas and half-formed songs to musicians from Senegal to Spain to California to London and more,” he explains. “I’d set up a mic next to a cellist in Paris or a keyboard amp in a casita in Santa Fe then spend hours cutting, chopping and arranging. I made over 60 songs and even though there were others I loved, the eight on the project truly represent what I wanted to share.

“I’m excited and also honestly it’s scary. I think the perception of myself as an MC or musician is the conscious jazzy rap guy. That’s been my lane and I know moving out of your lane can either be great or a disaster but for me, this is my truth and Hip Hop for me is about truth so here we are.”

Check out The Sun album stream, cover art and tracklist below.