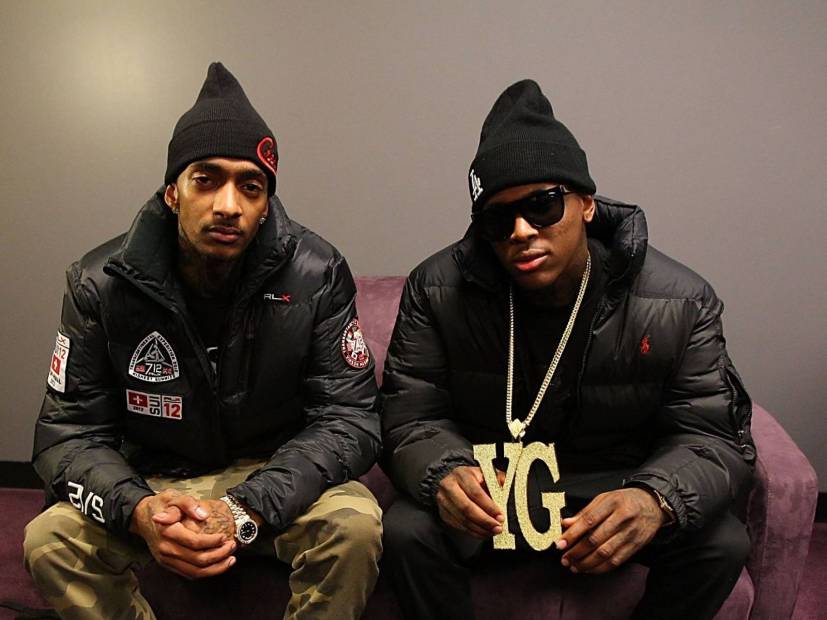 Los Angeles, CA – YG held a listening party for his new album, 4 REAL 4 REAL, on Thursday night (May 23) at The Novo in downtown Los Angeles. During the event, he opened up about recording “My Last Words,” which is a tribute he read for Nipsey Hussle on the day of his Staples Center memorial.

In video obtained by TMZ, the Compton-bred rapper called out people who have jumped on the Nipsey bandwagon in the wake of his shooting death.

“The last record on this album is dedicated to my nigga. This is the last words to my nigga.”

Nipsey was gunned down on March 31 in front of his Marathon Clothing store.

Following his death, crowds of people swarmed the intersection of Slauson and Crenshaw in South L.A. and hungry bootleggers were attempting to capitalize off of Nipsey’s passing. It got so out out hand, Nip’s family had to shut it down.

Hip Hop, however, was shattered by the loss. Everyone from Rihanna and J. Cole to Diddy and Ice Cube paid their respects on social media. Nipsey was 33.

Check out YG’s “My Last Words” below.