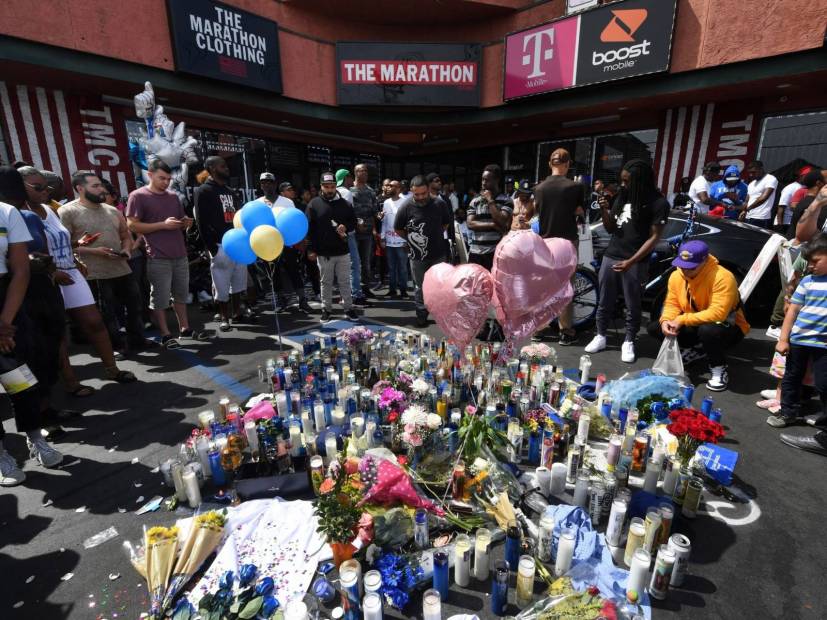 Los Angeles, CA – Opportunists attempting to make a quick buck off Nipsey Hussle’s tragic murder have forced the slain rapper’s team to shut down his memorial. As TMZ reports, a place intended for quiet reflection and tribute has turned into a tourist attraction.

People were selling bootleg t-shirts with Nipsey’s image, while others were charging a fee to take a tour of the “hood.” Some even had the audacity to charge fans for a simple walk through the (very public) area where Nipsey was gunned down.

In fact, the Slauson and Crenshaw intersection became such a popular destination, food trucks started parking outside.

Following Nip’s March 31 death, scalpers attempted to charge outrageous prices for tickets to Nipsey’s funeral, which was a free event. People who attended the service also tried selling the free programs for profit on eBay.

Nip was shot by suspected killer Eric Holder who was arrested on April 2, three days after the deadly incident. He has pleaded not guilty. The 29-year-old alleged Crip is being held without bail at the Los Angeles County Jail.