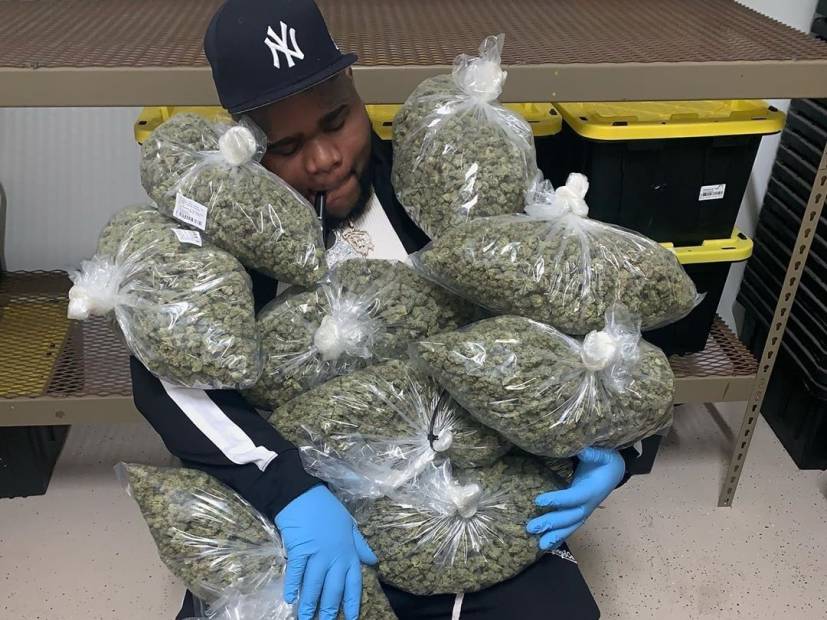 Social media star Fatboy SSE is known for making headlines for his comedic skits but his latest situation is no laughing matter.

The viral comedic actor was arrested on Monday night (May 20) in his home state of New Jersey for possession of marijuana and bail jumping two outstanding bench warrants as well as being ticketed for failure to observe a signal and driving with a suspended license.

After pulling the Instagram sensation over for a traffic violation, police discovered Fatboy SSE was driving with the aforementioned suspended license and two outstanding bench warrants. Authorities proceeded to search the vehicle, also occupied by his manager and security guard, discovering the stash of weed.

In true Fatboy SSE fashion every moment after the arrest was documented for his five million-strong Instagram following, captioning a video of his release, “THEY CANT HOLD US BACK #FATBOYGANG.”

THEY CANT HOLD US BACK #FATBOYGANG

The now free entertainment personality, continued to upload videos to his IG condemning the treatment he received while in custody, “y’all treated me like shit man, no respect was given to me my nigga, so no respect given to ya’ll” he continued, “fuck ya’ll and the cop that said he know me a’int show me no love… I’m still smoking, bitch.”

JERSEY CITY POLICE VIOLATED MY RIGHTS NO RESPECT WAS SHOWN AND I WAS HARASSED BY THE NARCOS UNIT SO TELL THE BITCH ASS ROOKIE NIGGAS EAT A DICK ????????? #FATBOYGANG THANK YOU @packwoods_la ????

The animated personality released his studio debut, Boobie From The Block, last November which includes features from Lil Yachty, Jadakiss and YFN Lucci.

Fatboy SSE, real name Tariq Kimbrough, had recently been signed by Hip Hop legend Master P to play a role in the upcoming film, I Got The Hookup 2, primed for a summer release.