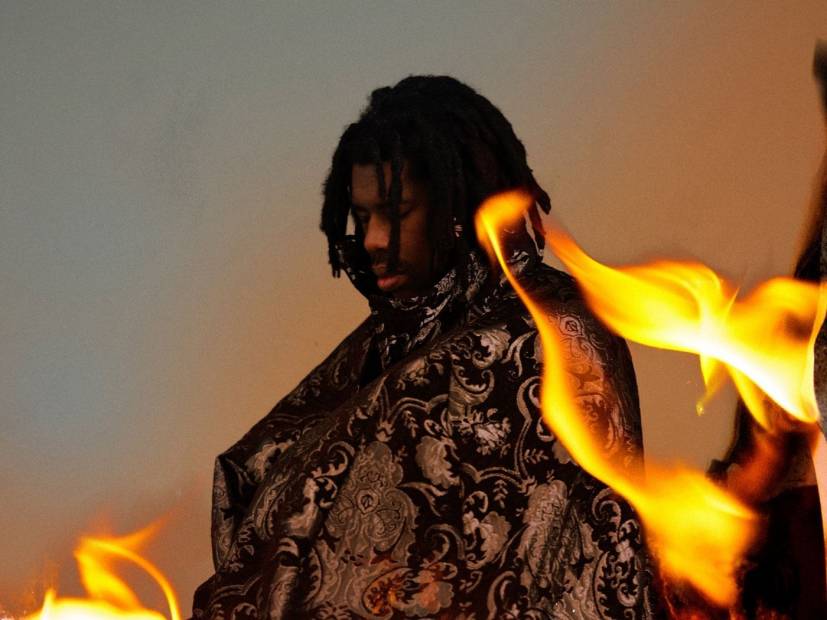 The 27-song project clocks in with a runtime of more than an hour. Guests include Denzel Curry, Tierra Whack, Anderson .Paak, George Clinton, Solange and Shabazz Palaces, among others.

Check out FlyLo’s Flamagra stream, cover art and tracklist below.

[This post has been updated. The following was originally published by Kyle Eustice on April 17, 2019.]

Flying Lotus hasn’t released a proper studio album since 2014’s You’re Dead! — he’s been busy directing, writing and scoring films, running the Brainfeeder label and headlining the Hollywood Bowl. But on May 24, the Los Angeles-bred musician will release Flamagra, his sixth solo effort.

The Grammy Award-nominated artist shared the album art and release date via Instagram on Wednesday (April 17).

“FLAMAGRA out May 24th artwork by @winstonhacking,” he captioned the art.

Along with the Flamagra announcement, FlyLo shared a curious visual for the spoken word track “Fire Is Coming” featuring the aforementioned Lynch.

“I’d been working on stuff for the past five years, but it was always all over the place,” FlyLo said in a statement. “I’d always had this thematic idea in mind — a lingering concept about fire, an eternal flame sitting on a hill.

“Some people love it, some people hate it. Some people would go on dates there and some people would burn love letters in the fire. Then I went to this party and heard David Lynch saying the words that he wound up saying on the record. And I was like, ‘that’s it, we’re just going to go in that direction.”

Watch the “Fire Is Coming” video up top.