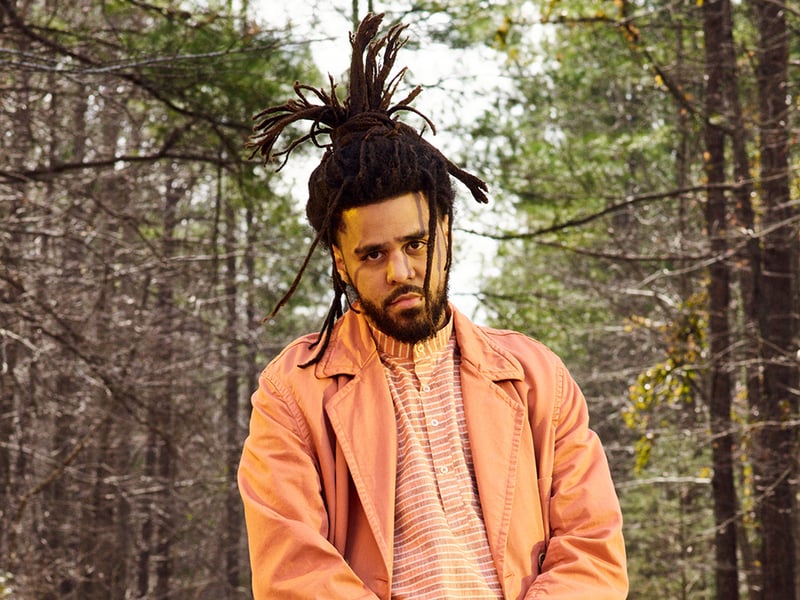 Here's What J. Cole Thinks Of "Platinum With No Features" Meme

J. Cole going platinum with no features has turned into one of Hip Hop’s enduring memes thanks to his fans. Now, the man himself has opened up about the popular slogan created by his most loyal supporters.

In an interview for GQ’s April cover story, Cole gives his honest take on the rallying cry. The Dreamville Records boss reveals he initially enjoyed it but wasn’t prepared for its longevity.

“I was loving it,” he told GQ. “I was like, ‘Word up — this is funny as hell.’ But the second or third time, I was like, ‘All right, it’s almost embarrassing now.’ Like, ‘All right, man, y’all gonna make me put a feature on the album just so this shit can stop.’ ”

The “J. Cole Went Platinum With No Features” meme began when his 2014 Forest Hills Drive LP became his first album to go platinum. Since then, all of Cole’s albums — complete with their lack of features — have received platinum certification from the Recording Industry Association of America.

The KOD creator’s streak of no features could come to an end on his next album though. Cole told GQ it’s a possibility, but nothing is set in stone.

“Well, I don’t have any right now that I really want to boast about,” he said. “Not saying it’s impossible. It’s just about getting out of my comfort zone.”