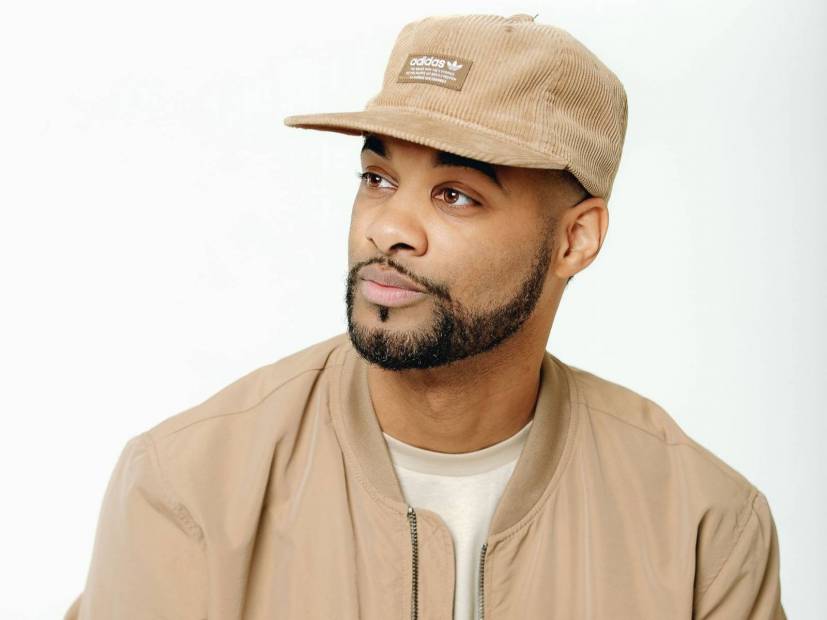 Austin, TX – Artists and industry folks are swarming Austin, Texas for the 2019 SXSW Conference & Festival this week — and Deraj is one of them. He’s one of several artists performing at HipHopDX’s “Reflect Greatness” SXSW Showcase on Wednesday (March 13).

The ambitious Reflection Music Group artist is currently in the middle of a music campaign called “Saturday.” For the first half of the year, he’s releasing five singles and their accompanying videos. Other than that, he’s focused on shows and releasing some “fire” merch at See & Hear Apparel.

#Saturday Scene 2 is now out! How will the story continue?

Deraj’s artistic background landed him a job as art director for RMG. When the label learned of his rap skills, he was promptly offered a spot on the roster.

The DMV-raised, Orlando-based performer completed his third EP Goodish under RMG in 2017, following 2016’s For the People EP with B. Cooper and his 2014 debut, Mirrors and Medicine.

As a result of his hard work, Deraj has been featured on NBC’s America’s Got Talent and at major sporting events, including NCAA, NBA Finals, NFL and ESPN’s First Take. His achievements stress the importance of artists being bold enough to find and develop their own unique voices, ultimately helping to advance the culture.

Ahead of his SXSW performance, Deraj had a few moments to chat with DX about how he got into music and the biggest misconceptions about being a Christian rapper.

HipHopDX: When did you first get into music? What was your household like growing up?

Deraj: Well, I wrote my first rap when I was nine. My older brother was the one who introduced me to Hip Hop. He had a rap crew back in the DMV. However, it didn’t become serious until I’d say around 2012, a few years after I graduated from college. I had just got in contact with the label as a graphic artist. They would later find out about my music background. Before then, music was more of a hobby and a way to share my faith and life experiences.

DX: What made you want to become an artist?

I’ve always just been really passionate about art in general. I’m a self-confessed, all-around creative. Rap just became another form of creativity for me. I found out I was kinda good at it and began exploring it more. My friends and I learned how to produce and record ourselves, which opened up doors for more expression. After I became a Christian, it was a way to express my faith.

DX: What’s the biggest misconception about being a “Christian artist?”

Probably just the lane of topics we can touch on as artists. The “Christian” title assumes we only talk about God or Jesus in our music. Some do more explicitly than others, but we speak on life, love and a range of other things but through our worldview.

DX: How do you combat those stereotypes?

Mainly by just remaining relatable and true to who you are by creating from an honest place. More than ever, it’s a time for us artists to create our own tribe of listeners. There’s so much diversity of music, its really a matter of creating and attracting the base that wants to hear what you have to say. The rest will fall in place.

DX: What are you hoping comes out of this SXSW appearance?

Broadening my network, honestly. It’s what SXSW is built for! I’m looking to connect with people who I can share resources with and vice versa. We all need each other in the industry and it’s my philosophy to see how we can help each other win — that and sync licensing opportunities.