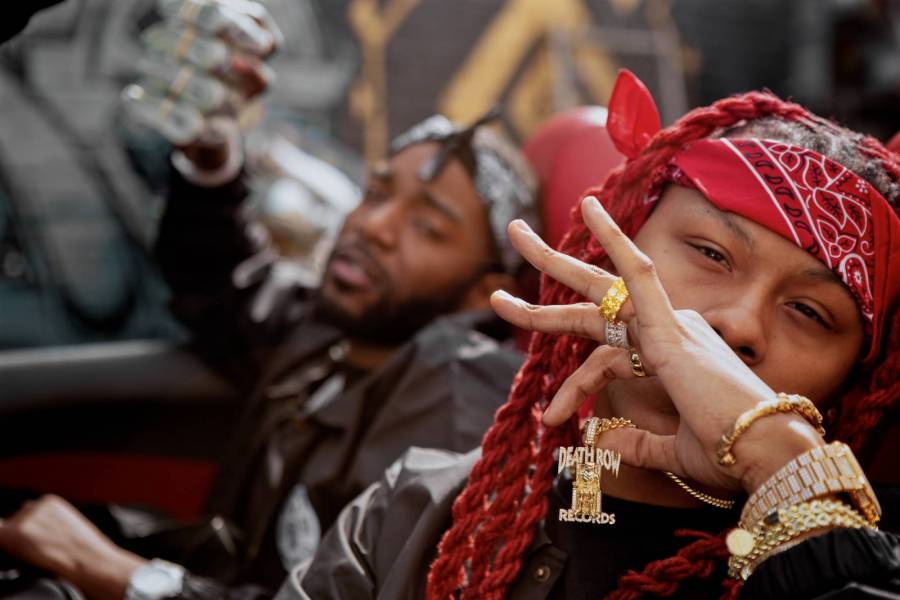 Los Angeles based Hip Hop jewelry company, King Ice, has teamed up with Death Row Records for an exclusive jewelry collection that brings the infamous West Coast record label chains back to life.

Death Row Records who are responsible for legendary artists such as Snoop Dogg, Dr. Dre and the late Tupac Shakur, made their stamp on the music industry in a way that is still very present today. The label was founded by Marion “Suge” Knight and Michael “Harry O” Harris in 1991.

Rapper The Game recently talked about the impact the label had on Hip Hop as he was gifted a 14k solid gold Death Row logo chain.

“I had a Death Row chain that Suge gave to me, that I throw in the crowd. Cause I used to just give my fans — I throw my G-Unit shit in the crowd, Aftermath chain in the crowd, its like Aftermath,  like Suga gave me that, I throw it in the crowd you know now that I’m older it’s like fuck I wish I still had that. But nigga I got that back. I got that now.”

This is not the first time King Ice has collaborated with Hip Hop royalty. Past collections include artist like Wu-Tang Clan, Snoop Dogg, and The Game to name a few, as well as brands like Champion and PlayStation in the past.