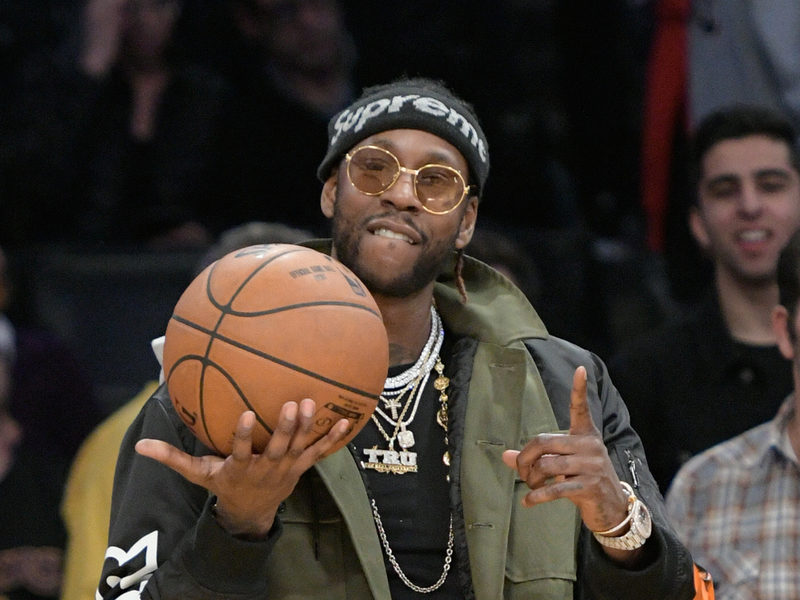 Los Angeles, CA – 2 Chainz congratulated Lebron James for surpassing Michael Jordan on the NBA’s all-time scoring list by gifting him a chain off his own neck.

The Los Angeles Laker forward moved into fourth place on the all-time scoring list on Wednesday night (March 6) at the Staples Center during a game against the Denver Nuggets.

The three-time NBA Champion and four-time MVP was greeted by Tity Boi as he was walking to the locker room. 2 Chainz removed one of his gold chains and handed it to James.

In the clip, the platinum-selling rapper says, “Appreciate you, thank you for everything and congratulations on this.”

James was recruited as an A&R for 2 Chainz’s most recent album, Rap or Go to the League,  which dropped last Friday (March 1). Apple Music ran an exclusive interview about their creative journey and creation of the album.

Members of the NBA community joined 2 Chainz in applauding James’ historic night by flocking to Twitter to congratulate the 15-time NBA All-Star.

Check out a few of their reactions below.

CONGRATULATIONS @KingJames .!! NOTHING BUT RESPECT MY BROTHER.! 🙏🏾💯👊🏾