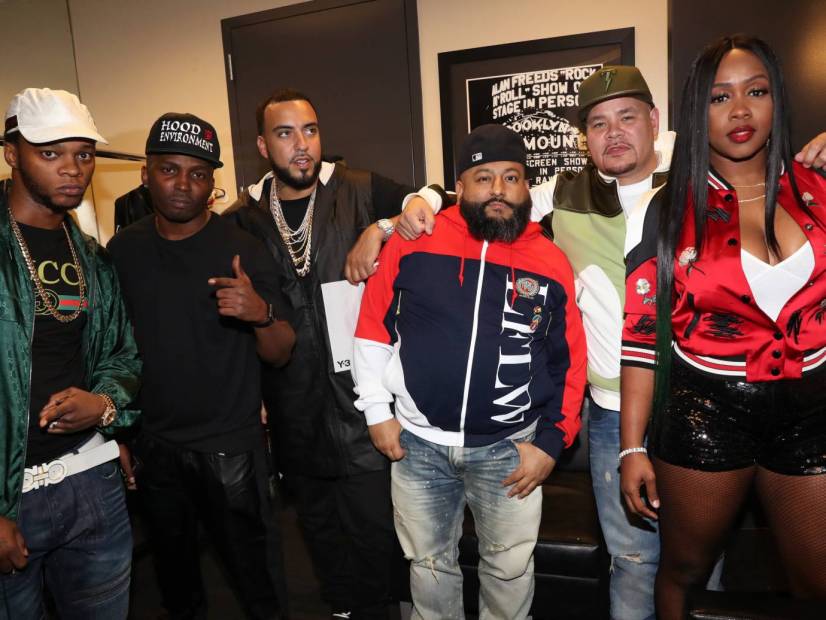 New York, NY – French Montana, Remy Ma & Fat Joe are now at the center of a copyright lawsuit stemming from their 2016 hit “All The Way Up.”

According to reports from The Blast, court documents obtained show that Florida Rapper Eric A Elliot, better known by his stage name Fly Havana, has filed a lawsuit in New York claiming that he created the anthem in 2015.

The lawsuit details that Havana claims the “unfinished version” of his song is “identical to the released version,” noting a number of similarities in “musical composition, lyrical composition, vocal melody, rhythmic flow, sound and recording.”

According to the lawsuit, the Miami rapper states that he co-produced the song with Infared, who then introduced the song to Joey Crack who seemed uninterested in the song, at first.  The documents go on to reveal that Havana never heard back from his co-producer or the Terror Squad rapper and was completely out of the loop when the song was released in 2016 featuring French Montana and Remy Ma.

However, during an interview for a Miami radio station following a performance in May 2016, Joey gives credit to Havana along with Infrared and a few others for their work on the song.

The documents go on to reveal that the only form of payment Havana has received for the song thus far is a $5,000 check he accepted from Joe during a one-time meeting in March of 2016. Continuing on to accuses Joe of providing false information regarding future payments, in addition threatening the Miami rapper to stay quiet about the origins of the song.

Havana is now suing for a co-writing credit and his share of the profits made from the song along with other damages.

Check out both the unfinished version created by Havana up against the version released.