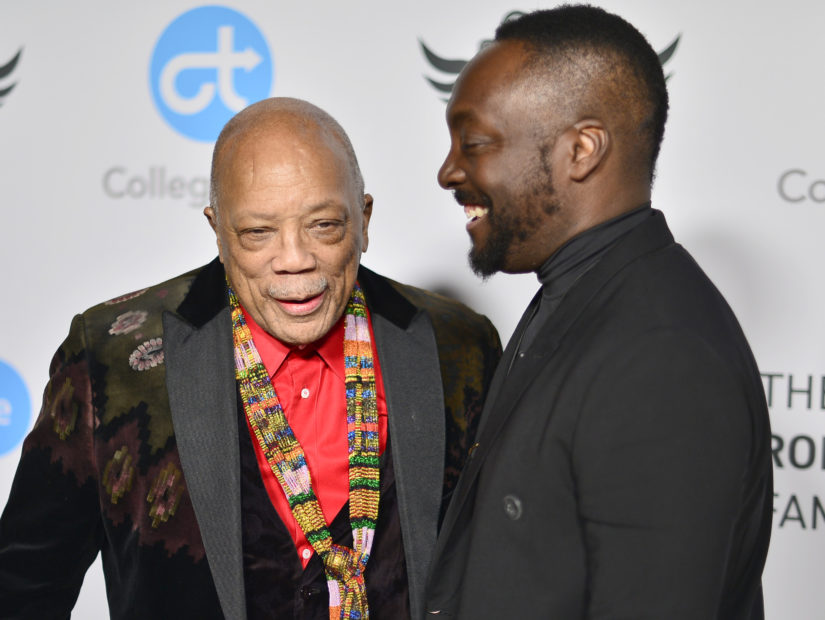 Los Angeles, CA – On Tuesday night (February 12), Milk Studios was the home to the 3rd annual i.am.angel Foundation’s TRANS4M Gala to raise money for inner-city children interested in S.T.E.A.M. activities and to honor the legendary Quincy Jones. Standing for Science, Technology, Engineering, Arts/Athletics, and Mathematics: it’s a phrase that the foundation’s founder and Black Eyed Peas frontman will.i.am champions in his approach to giving back to the kids of neighborhoods like Boyle Heights where he’s from.

The TRANS4M Gala is a part of will.i.am’s philanthropic efforts to award opportunities to inner-city children without them having to leave home. “Most people in the ghetto say things like, ‘I can’t wait to get out of the ghetto,’ instead of saying, ‘I can’t wait to change my ghetto,” Will proclaims on stage. Starting at $2,500 per ticket, the Gala gives people an opportunity to meet and interact with the very children their money will be helping. Children from Boyle Heights schools took the stage to discuss the work they’ve been doing while attendees participated in a live auction to donate money. One of the night’s highlights was the $100,000 raised for a 17-year-old Roosevelt High School student to attend Brown University next year.

As the event reached its end, the man of the evening emerged from black drapes as will.i.am introduced Quincy Jones for an interview session between the two men. Discussing everything from the future of our country and Quincy’s legacy, the two exuded a bond the audience could tell had been forged over years. “The first song I ever recorded was with QD3,” Will recalls as he talks about the generosity and kindness that both Quincy and his family have shown him since he was a teen. Quincy’s words and message to the crowd, however, extended far beyond music and into advice we all should adhere to, “Buddhism, Christianity, Judaism, Islam: if we don’t come together we’ll never make it. We gotta stop this silly bullshit.”

The evening ended with a performance from a star-studded lineup featuring BJ The Chicago Kid, Nicole Scherzinger, Robert Glasper, and the Black Eyed Peas all taking the stage in a musical tribute to Jones. While many artists talk a good game about giving back, the TRANS4M Gala proved that will.i.am is a man of action and that philanthropy is truly a part of his platform.