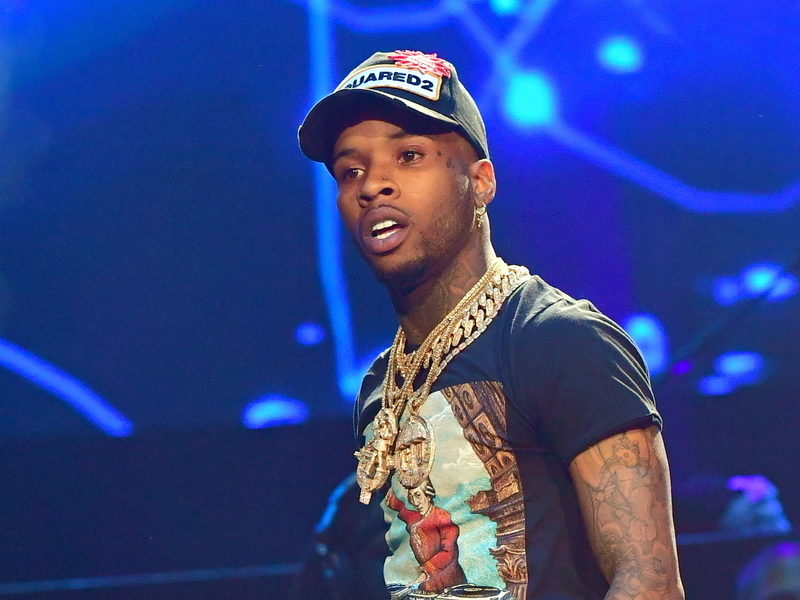 California-based rapper Dax caught the attention of Tory Lanez after previewing a diss track titled “I’m Not Joyner Or Don Q” last week. The up-and-coming artist officially dropped the song on Friday (February 8) and racked up over 1 million views in the process.

Tory clearly wasn’t amused and made good on his DM threats, running up on Dax in what appears to be the middle of the road.

“You know what’s going on, apologize, nigga,” Tory says in the clip of the incident.

Dax replies, “I got you.” As Tory presses him, eventually Dax says, “Sorry G.”

A rapper name #dax who dissed #torylanez ended up apologizing for dissing him when he got caught in traffic lacking.

Prior to the confrontation, Dax made a clear statement about diss tracks. Dax wrote, “RAP IS A SPORT. NOTHING PERSONAL,” on Tuesday (February 5) following Tory’s threats that a diss record wouldn’t end with bars.

This may be a case of underestimation but apologizing for a diss is something Tory has firsthand experience with doing. The outspoken artist previously apologized to Royce Da 5’9 for starting a social media beef in December.

Speaking of Royce, the former Slaughterhouse MC took a playful jab at Tory on his new song “Field Negro,” which also dropped on Friday. Tory hasn’t responded to it as of Sunday (February 10).