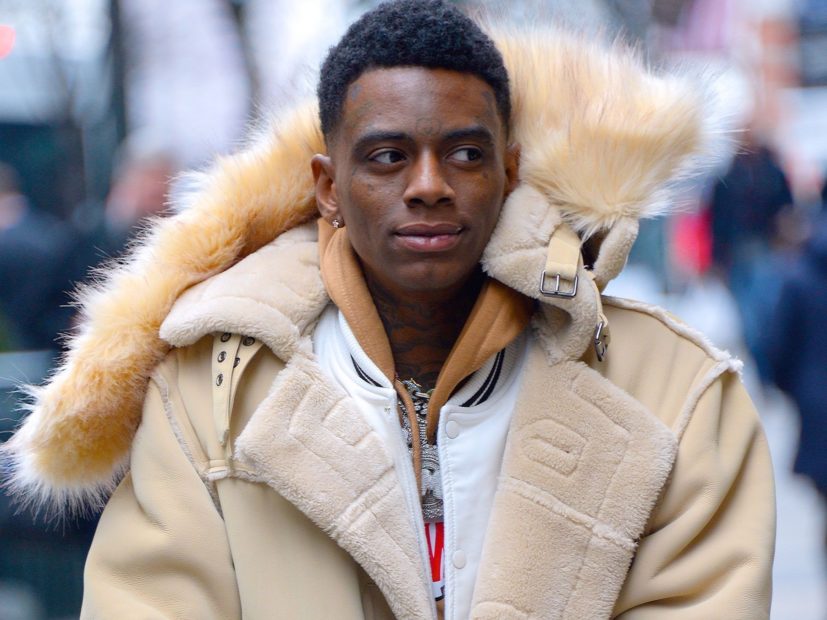 Soulja Boy Gets Off In Bizarre Kidnapping Case

Los Angeles, CA – Soulja Boy is officially off the hook in a questionable kidnapping case. TMZ reports the Ventura County District Attorney has rejected the case due to insufficient evidence.

In February, Young Drako was accused of kidnapping a woman and tying her to a chair in his garage. The reportedly intoxicated woman showed up to Young Drako’s home and was quickly ordered to leave. As she was backing out of the driveway, she hit the curb and Soulja’s manager came outside to see what happened.

She allegedly lunged after him and started a fight. The accuser claims Soulja jumped in and began kicking her. He then allegedly took her into the garage and tied her up for six hours.

Big Soulja and sources close to the veteran rapper said nothing like that occurred and it was a simple case of an ex-lover seeking revenge.

The Ventura County Sheriff’s Department served a search warrant at Soulja’s home and looked for evidence of a kidnapping but was unable to prove one took place.

But, Soulja is still in trouble but for entirely different reasons. During the search, police discovered ammunition in the home, which is a violation of Soulja’s probation.

He’s currently in the middle of a 240-day jail sentence for the probation violation.

[This article has been updated. The last version was published on February 5, 2019 and can be found below.]

Sources close to Soulja Boy are reportedly standing up for the veteran rapper after he was accused of kidnapping a woman. According to TMZ, the alleged victim was angry after Young Drako put an end to their romantic relationship and is simply seeking revenge.

The woman reportedly showed up to Soulja’s house highly intoxicated on Friday night (February 1). After she was ordered to leave, she clipped the curb while backing out of his driveway. A hoard of people partying inside the home heard the crash and Soulja’s manager rushed outside to see what was going on.

That’s when the woman allegedly attacked the manager and they got into a fight. Soulja’s accuser says the “Crank That” mastermind joined the melee and started kicking her. She claimed he then took her into the garage, tied her up and left her there for six hours.

Although she was taken to the hospital, sources says the injuries weren’t from Soulja — they were from the manager who was trying to defend herself. The woman filed a police report the following morning and police are currently investigating.

Big Soujla hasn’t commented on the situation publicly, but he did offer a cryptic tweet the day after the news broke.

“I don’t even respond to lame shit no more,” he wrote.

I don’t even respond to lame shit no more…

Soulja is currently on probation and any trouble could result in serious consequences. But, his team insists the woman’s story is “100 percent fabricated.”

[This article has been updated. The original version was published on February 4, 2019 and can be found below.]

Soulja Boy’s career may be in the middle of a resurgence, but evidently that’s not keeping him out of trouble. According to TMZ, a woman is accusing Young Drako of kidnapping her following an altercation at his Agoura Hills, California home on Friday night (February 1).

After she was asked to leave, the woman hopped in her car and peeled out of the driveway where she clipped the curb. Big Soulja’s assistant witnessed the entire incident and the two started arguing.

Sources close to the woman — who is reportedly dating Soulja — said he tried to break up the fight. But she says Soulja “punched and kicked” her while she was on the ground. He then allegedly took her inside the garage and tied her to a chair with an extension cord where she remained for six hours.

TMZ says the woman went to the hospital on Saturday morning (February 2) and was treated for her injuries. She was discharged later that night. She claims she has three fractured ribs and a concussion.

Although law enforcement confirmed someone filed a kidnapping report Saturday morning and there’s indeed “an active investigation,” they refused to give up the name of the suspect or the alleged victim.

Soulja is currently on probation for a weapons conviction. Any mark on his record could have stiff consequences. Drako’s manager insists the allegations are false and said he would’ve called him if there was a problem.