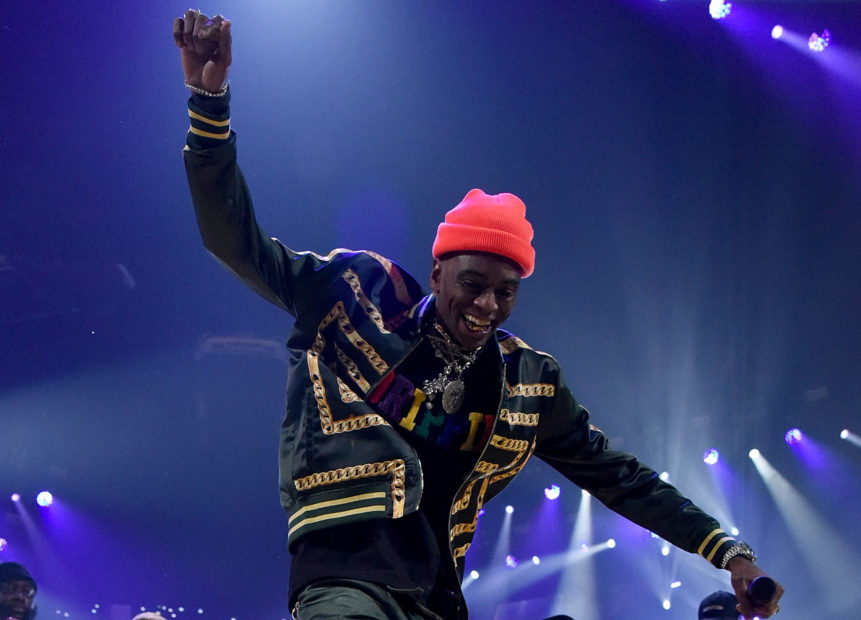 Rolling Loud is the gift for Hip Hop fans that keeps giving.

Barely removed from shutting down Los Angeles at the end of 2018, the world’s biggest rap festival has announced the upcoming Miami dates for May 10-12.

Given the magnitude of talent on the bill, an interesting drinking game would be to guess which superstar rapper is not performing this time around.

From Migos to Cardi B, Travis Scott to Kid Cudi, all the way back down to Rae Sremmurd, Lil Wayne, A Boogie With Da Hoodie and even a “retired” Lil Uzi Vert, the three-day lineup is jampacked with enough new age artistry for everyone.

Even Soulja Boy — who’s career visibility has mirrored the zenith of his 2007 breakout debut — is performing at his first-ever Rolling Loud and if his last few weeks of antics are any indication, his performance will be another talked about spectacle.

Tickets for Rolling Loud 2019 go on sale on February 1 at 10am EST via the official website.