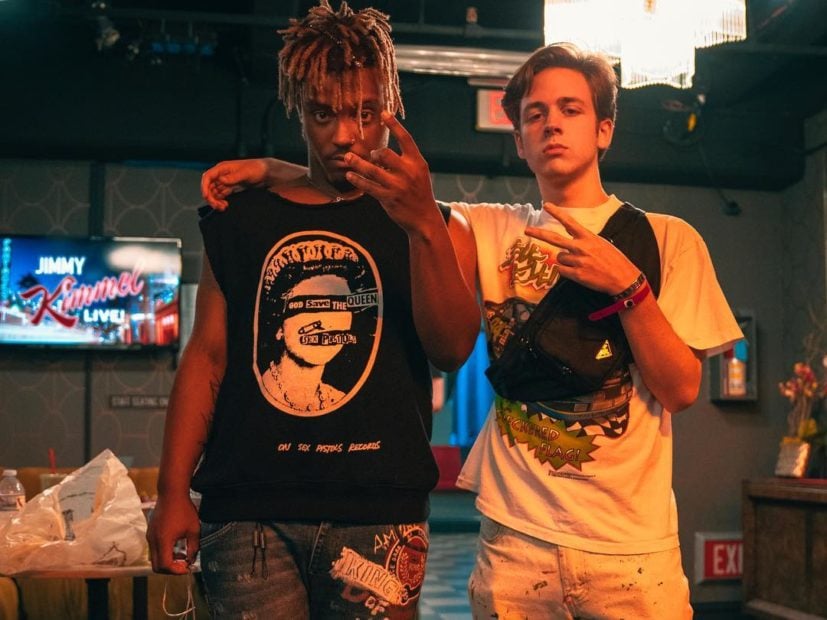 Internet Money‘s most prominent producer, Nick Mira, is currently being dragged into court by a 16-year-old beatmaker who goes by the name of Fly Jxy. The up-and-comer alleges Nick jacked his song “Ice” for Juice WRLD‘s Hot 100 hit “Lean Wit Me.”

In a gesture to clear his name in the court of public opinion, the multi-platinum producer shares with HipHopDX the creative process behind the creation of the “Lean Wit Me” beat.

“I created Juice WRLD’s ‘Lean Wit Me’ beat from scratch. I played the guitar live in the beat, I programmed the drums and then I sent the beat for Juice to record to and make the song — just like how we always do,” the 18-year-old musician tells HipHopDX.

“He, Sidepce, and I have a good working relationship,” Mira continues. “We’ve been working together for a few years now and if anyone has doubts that I didn’t create the beat for ‘Lean Wit Me’ from scratch, I made a video on our Internet Money YouTube channel breaking it down.”

In the video, Nick is seen creating the beat for the Goodbye & Good Riddance track from start to finish.

In a report released by TMZ last week, the teenaged beatmaker filed a lawsuit naming Juice WRLD, Nick, Interscope, and Universal through his guardians. They are suing on the grounds that Fly Jxy’s “Ice” is “the essential beat and foundation” for “Lean Wit Me.”

This is not the first time Mira has landed in hot water over his production.

Nick grew into prominence after creating the late XXXTENTACION‘s “Fuck Love” record with Trippie Redd. His Internet Money partner Taz Taylor blessed him with big praises in a past interview with DX.

“Everybody wants to get their hands on him,” Taz says. “It’s crazy for him. He’s only 17, still in high school and now he has a double-platinum record with Trippie Redd called ‘Fuck Love.'”

In the case of Fly Jxy’s “Ice” versus Juice WRLD’s “Lean Wit Me,” final judgment will be had in court.