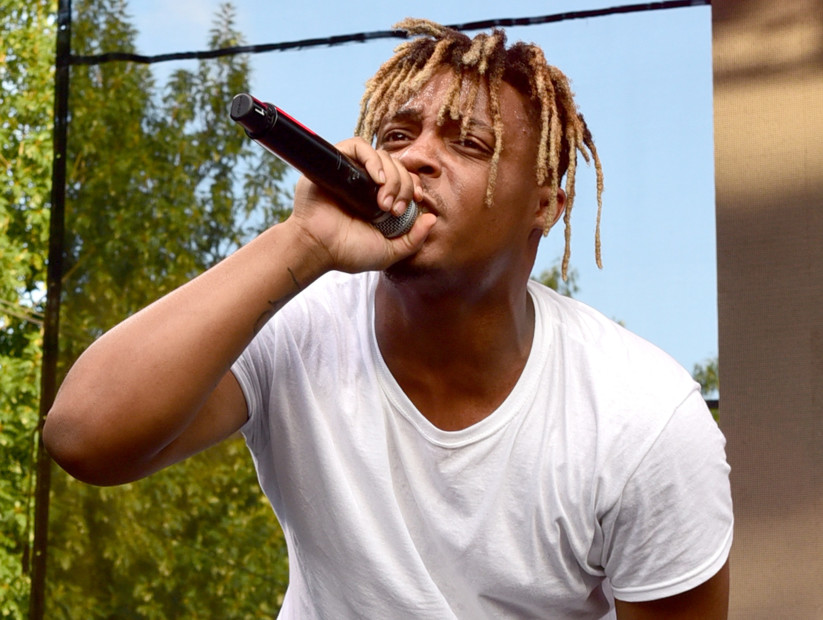 Rock legend Sting knows a thing or three about his classic records being sampled in Hip Hop songs – a practice that can still be considered a winning formula in the present day.

Rookie rapper Juice Wrld is the latest artist to build off a great Sting song, as his breakout single “Lucid Dreams” employed a sample of The Police frontman’s 1993 solo hit, “Shape of My Heart,” reached the No. 2 spot on the Billboard 100 chart and No. 1 on the Billboard Hot R&B/Hip-Hop Songs chart.

While Sting tells Billboard that Juice Wrld’s runaway hit is a “beautiful interpretation that is faithful to the original song’s form,” he also joked that the “Lucid Dreams” royalties will “put my grandkids through college.”

Dominic Miller, the song’s co-writer and Sting’s longtime collaborator agreed saying, “I thought it was the most intelligent version of that riff that I’ve ever heard. I was really happy with it. I love what he’s saying. He talking about something everyone can relate to, which is a breakup. It’s done in a very beautiful way. We’re really happy for his success and, of course, for us too” and called the No. 1 placement “a happy accident.”

In a recent interview with HipHopDX, Sting spoke on his 44/876 Tour life with Shaggy and admitted to Billboard that performing a redux of “Lucid Dreams” has been a success thus far.

“It always gets a great response,” he said.