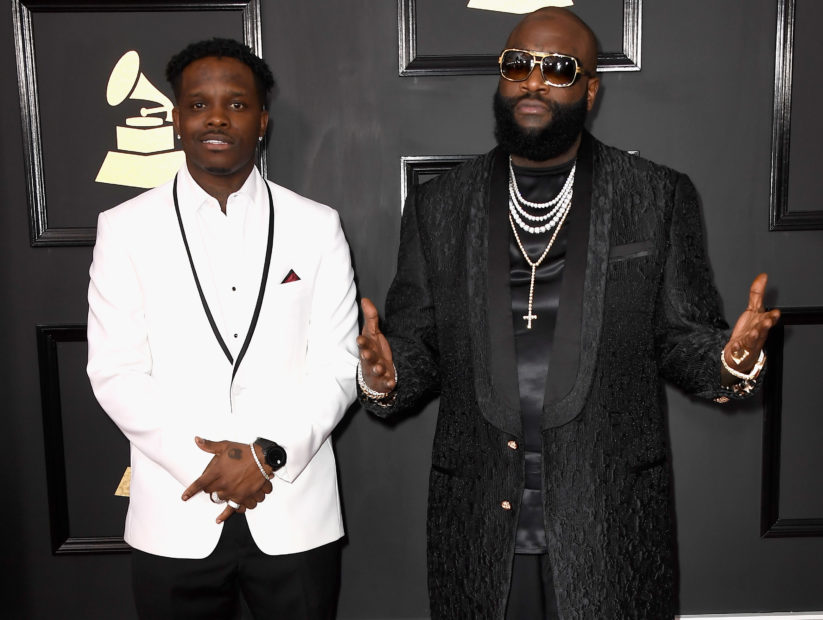 It’s been a long time coming and a lot of work behind the scenes but with his new imprint, Billion Dollar Market and a calendar that’s already full, Beat Billionaire is primed to sit in that CEO chair thanks to some tutelage bestowed upon him by some of the biggest names in Hip Hop.

For those that don’t know, Beat Billionaire started as a go-to guy for T.I.’s Grand Hustle Entertainment. Now he is the man behind many of Maybach Music Group’s hits such as Rick Ross’ “John Doe,” Ross and Skrillex’s “Purple Lamborghini,” “Bag Of Money” and plenty more.

While he’s still down with the MMG team, in 2018 the “Freeze Me” producer signed on with Roc Nation to helm his own artists.

“I got my own label now it’s called Billion Dollar Market. I got a distribution deal through Roc Nation so I got my own artists that I’m putting out,” Beat Billionaire told HipHopDX in an exclusive talk. “My whole thing with my new brand is me being my own boss. JAY-Z is the vision so with Roc Nation he was like ‘let’s do what we need to do,’” he added.

Though he’s repping “The Roc” the one-time aspiring rapper’s spot on MMG is still solidified.

“I never left MMG. I’m still MMG. I’m still an MMG producer but Roc Nation is behind what I’m doing. I’m MMG for life that’s never gonna change. Business wise I’m with JAY seeing what he can do for the foundation of Billion Dollar Market,” noted BB.

The Virginia-bred hitmaker’s deal was years in the making and was solidified thanks in large part to one of Hov’s right-hand guys.

“Emory [Jones] is like family. That’s like my uncle and that’s Jay’s right-hand man so Emory put it together. Emory’s been seeing me for a while,” said BB. “He’s seen my drive and what I’ve been doing for years since I’ve known him and once I made it to the Grammys he was like ‘we need to sit down and talk.’ I flew in and we put it together.”

As for what he learned working with two legends, Beat Billionaire cited both men’s habit of making sure their whole team is well taken care of.

“Keeping everyone around you secure at all times. Making sure everybody’s straight, as well as yourself. With JAY, it’s the same thing. They make sure their team is straight. As long as you got your team straight there’s no way you can’t win,” BB said. “I’m still amazed that I’m in a position where I got two big artists that are two of the biggest moguls in the game by my side.”

As far as the beats go, the veteran producer – who has been crafting sounds for about two decades said technology has made it easier than ever for him to roll out hit tracks.

“The funny part is I started with MPCs and Tritons so the sounds that they’re getting now, I had to make those shits,” he recalled. “I had to put five strings together, 6-7 brass [instruments] together to get that one sound, and 5-6 kicks layered on top of each other, now you don’t gotta do all that,” he said with a laugh.

“To be honest with you it’s kinda hard for me to be simple cause I come from the era of T.I. I come from the era of Ross with the musicals. Back in the day with T.I., you weren’t getting on his albums unless you had some music. You had to know how to play. Now, it actually takes me longer to make a beat cause my homies will be in the room like ‘Yo that’s it.’ And I’m like ‘How the fuck is that it?’ There’ll be nothing in the beat but they be vibin.’”