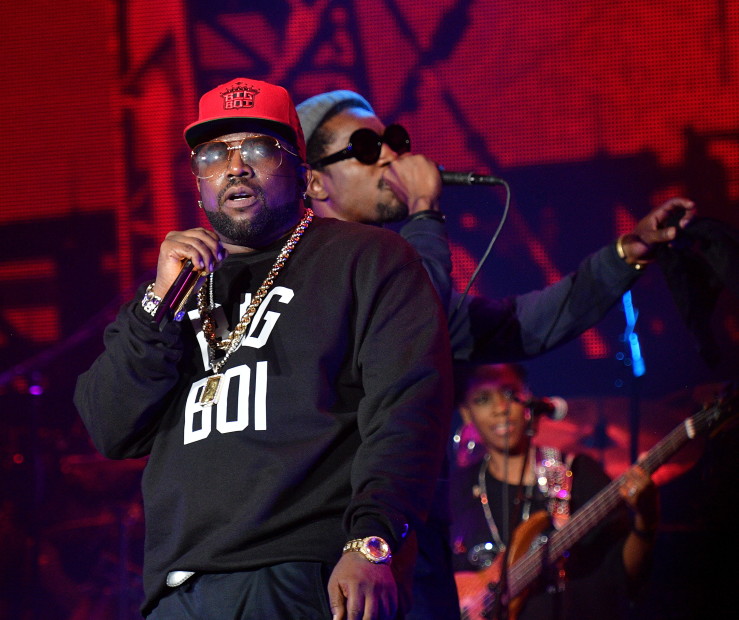 The Atlanta native had played with a plethora of notable acts, including Usher, Mary J. Blige, Arrested Development, New Edition and Outkast. For a long time, he was a member of Big Boi’s band and served as a house drummer and percussionist at Outkast’s Stankonia Studios.

“Rip @omarphillipsdrums #Sons of Thunder,” he wrote in the caption.

Speech of Arrested Development toured with Phillips for years. He later volunteered at Victory Spot art school, which was founded by Speech and his wife Yolanda Thomas.

“Omar Phillips was the consummate percussionist and drummer with the heart and soul of ATL in his veins! He toured as Arrested Development’s drummer for many years throughout Europe, Australia, U.S. and Japan. He was always excited about reaching the youth and teaching them the skills to change their lives.

“So he volunteered to teach at my and my queen’s premiere arts school. He was an all around man of the people, but especially Atlanta.”

“Omar was a beautiful soul who gave more than he received,” Adams told DX. “I can’t believe he is gone. But on the positive side, the jam upstairs just got way funky.”

Tasha LaRae, singer for Arrested Development, remembers someone who was always urging her to follow her dreams.

“Omar was a very encouraging person,” she said to DX. “I remember sharing various ideas I had for my music and places I dreamed of performing, and he would continually push me to go for it. He believes hard. He loved his family, friends, peers and music.

“He saw the best in people and made sure to cheer you up if you were feeling down. He will truly be missed by anyone who’s ever had the pleasure of crossing his path. May he Rest In Peace.”