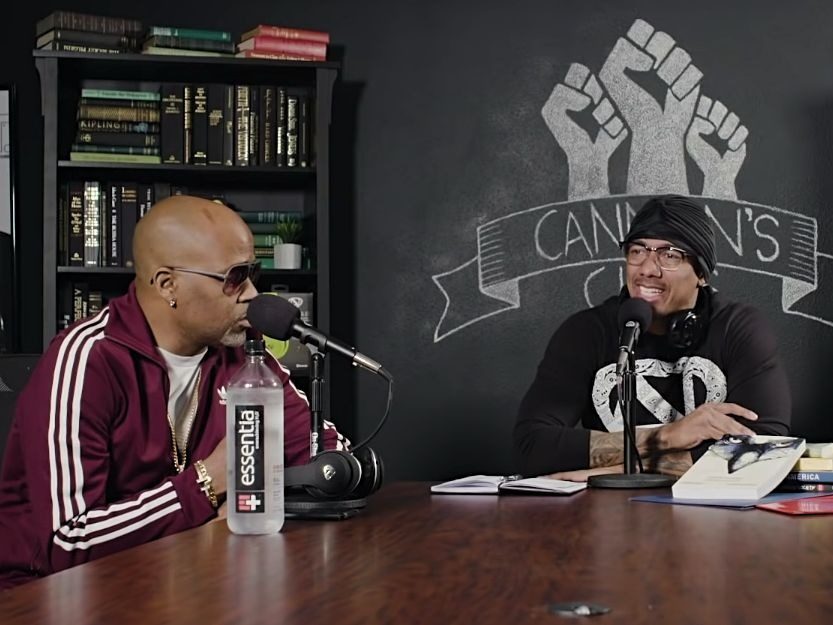 Dame Dash was a recent guest on Nick Cannon’s video series, Cannon’s Class, where the two Hip Hop vets tackled a bevy of topics, including Dash’s new Culture Vultures book. During their discussion, the Wild ‘N Out host brought up Dash’s former Roc-A-Fella partner JAY-Z and his close proximity to R. Kelly.

In 2002, Hov and Kelly put out the joint project Best Of Both Worlds right around the time Kelly’s controversial video of himself urinating on an underaged girl surfaced.

Dash, who was once romantically linked to the late Aaliyah, was adamant he muted Kelly nearly two decades ago and accused the R&B star of raping Aaliyah. He also insisted he was forced to turn a blind eye to Hov’s working relationship with Kelly in an effort to maintain his business.

“If you notice, my name’s not on Best Of Both Worlds,” he said. “I never went to a concert. Video, no. You don’t have no video with me. [Note: Dash later addressed his appearance in the ‘Fiesta’ video during the interview.] If me and you cool, and you know that I got a girl that your man raped, right? And I tell you and you like you’re gonna still work him, what you gonna feel? So what you think I felt? I’m human, bro.

“But I had to look the other way, all these years. That nigga done raped my girl that he liked as well and then went on a tour with him. But no one said nothing. I remember having a conversation with Aaliyah and I was like, ‘Yo, tell me what happened.’ She just couldn’t. I just left it at that and she said, ‘Leave it alone.'”

As the Kelly and JAY-Z talk began to wind down, Cannon threw Foxy Brown into the mix. Dash got noticeably agitated after Cannon asked how old Foxy was when she got signed to Def Jam Recordings. At the time, she’d already collaborated with Hov on 1996’s “Ain’t No Nigga.”

“Don’t beat around the bush. Say what you mean by that question. What are you insinuating when you ask me about Foxy Brown? You bringing up something, but it ain’t to me!”

After a bunch of back-and-forth, Cannon blurted out, “I thought Foxy was 16.”

“Did I sign her?” Dash asked. “It seems like you’ve got a question for Jay. Ask him. Don’t ask me his question, bro. I’m not taking it. Y’all keep asking me question y’all wanna ask him because he ain’t here. Ask him. I ain’t got shit to do with that, and I don’t even know nothing about that.”

Ultimately, Dash refused to “speak on another man’s business.”