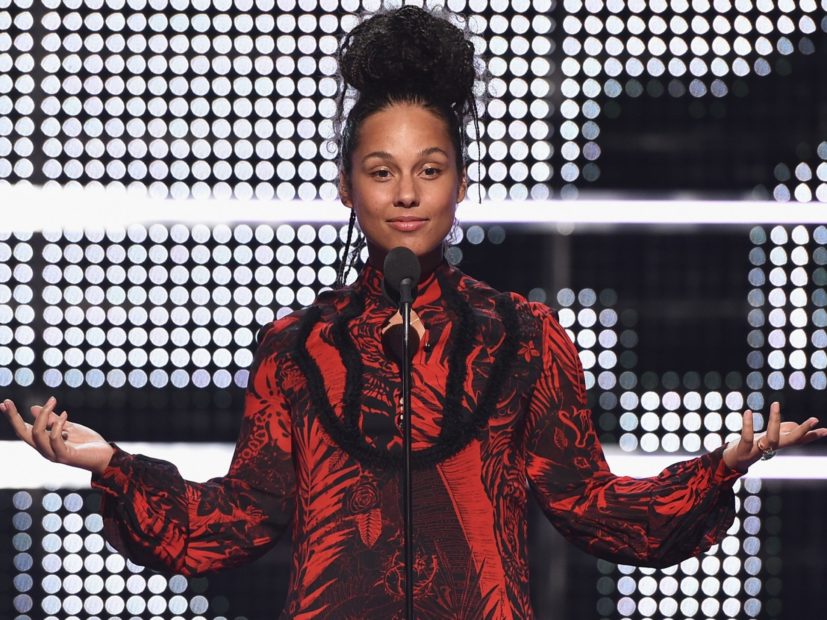 Alicia Keys was feeling the heat after she posted a tweet praising the late XXXTENTACION.

On Friday (January 4), the Grammy Award-winning singer shared a photo of herself and her son sitting at the piano as she performed a cover of X’s song, “What Are You So Afraid Of” off his posthumous Skins album.

“Such a vibe!!!” she wrote. “Big love to the talented @xxxtentacion!! Gone too soon.”

X was arrested on charges of domestic violence in 2016 but the case was closed following his June 2018 murder.

X’s former girlfriend, Geneva Ayala, accused the slain 20-year-old of abusing her while she was pregnant with his child. As a result, he was charged with aggravated battery of a pregnant woman, domestic battery by strangulation, false imprisonment, and witness tampering. The case was officially closed last July.

Twitter, as always, had something to say about Keys’ tweet, but the reactions were mixed. Some berated Keys for her seemingly contradictory actions, while others condemned the internet for being so toxic.

This ain't it Alicia pic.twitter.com/87ojvLwgby

"I am a feminist because it's about the advocacy of women's rights on the ground of political, social and economic equality” – Alicia Keys, 2016

“…Shortly after, X allegedly penetrated her vagina with a barbecue fork, which caused her to pass out”

damn Alicia Keys deleted her post about x… these fucking haters ? they hate x but they always got his name in their mouths.

People are so pressed about Alicia Keys playing X that they bully her into taking the post down. The internet and cancel culture is toxic.

Man, y'all sjw bitches going after Alicia Keys and her child for singing one of x's song? Y'all have a right to hate the mf cause I don't agree with what he did, but fuck, put that energy on someone alive that can and needs to go to jail.

Since everyone is bashing her for fucking supporting X. I’m defending. @xxxtentacion was the best damn human out there. Accused of shit he never did. And when @aliciakeys supports him y’all bash her? All of y’all need to grow up. Act like the rappers y’all support are any better.

It’s just a song and she’s enjoying singing it with her child! Nowadays everybody faces backlash for everything so.. just, fuck it, and don’t give a shit about what the internet has to say ?