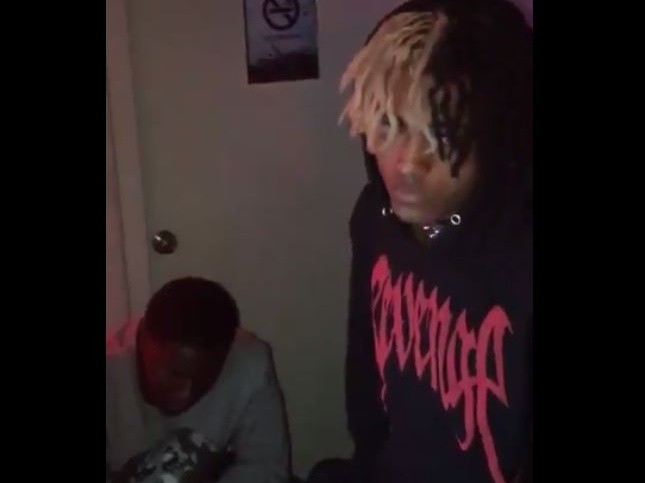 Nearly one year after Florida rapper XXXTENTACION allegedly assaulted his pregnant girlfriend, Pitchfork has obtained a 142-page transcript of testimony from the alleged victim.

The woman’s two-and-a-half hour testimony, which she gave in January, details a series of disturbing physical encounters with the Broward County rapper.

The two reportedly met online and later linked at a movie theater. From there, X invited her to a party and expressed his interest in the woman. He quickly suggested they move in together.

Roughly two weeks after moving in with X, she claims the alleged physical abuse began.

After she complimented a male friend on his jewelry, X slapped her and broke her iPhone. That same day, he approached the woman with a barbecue pitchfork and barbecue cleaner, and asked that she choose between the two because he was going to insert one of them in her vagina. She was never penetrated with either of the tools.

The woman also claimed that while they were living together in Orlando, Florida, X threatened to kill her almost every day.

One of the most disturbing acts of violence happened after X reportedly heard the victim humming along to a featured artist on one of his songs. As a result, he head-butted her, punched her, stomped on her and put her in the bathtub, where he continued to physically assault the woman.

“He also wanted to cut out my tongue because I was singing the song,” the alleged victim said in her testimony.

In August 2016, X was arrested in a separate case. During this time, the woman moved in with some of X’s friends and ended up having sex with another man.

A month later, X was released and they got back together. The woman later found out she was pregnant with X’s child, which they reportedly planned. But while confronting her about the person she had cheated on him with, X threatened to kill her and her unborn child.

“You need to tell me the truth right now or I’ll kill you and this jit,” X reportedly told the woman after his phone call. (“Jit” was in reference to the unborn baby.)

After taking away her phone, she was kept in a bedroom for days and unable to escape. Ultimately, she was able to break free and get help from an ex-boyfriend’s mother, who drove the woman to the hospital.

X is charged with aggravated battery of a pregnant woman, domestic battery by strangulation, false imprisonment and witness-tampering. If convicted on all four counts, he could face a significant amount of prison time.

He is scheduled to appear in court on October 5.