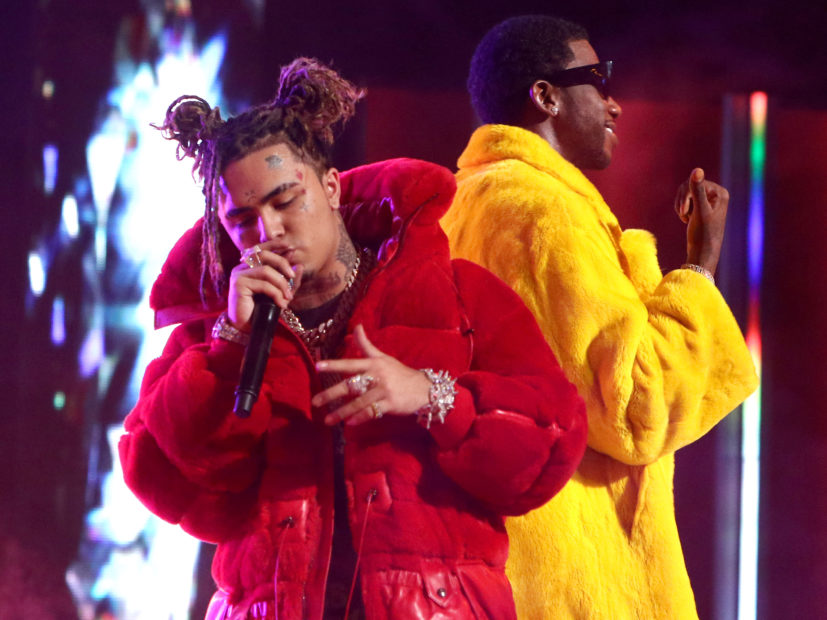 Indio, CA – While many concert goers and fans initially lampooned The Coachella Valley Music and Arts Festival for what appeared to be an obvious typo — listing Gucci Mane as Gucci Gang — a rep reached out to TMZ on Thursday (January 3) to confirm that no mistake was made. Gucci Gang is actually a new group, comprised of Gucci Mane, Lil Pump, and Smokepurpp.

Though the name is actually kind of clever, fans seem to be split on the idea of the group — mostly because it’s still not clear exactly what it is, or what to expect.

I saw that and thought lil pump had signed a group called Gucci Gang… I was like damn them lil dudes came up fast hahah https://t.co/i76pSTQuSX

The Beatles better watch out, Gucci gang taking over 2K19 no cap

Best boy band since one direction?

Gucci gang the worst group ever made!

Lil Pump did get down with Guwop’s 1017 Eskimo Records roster following a bidding war in early 2018, so perhaps this collaboration has been a long time coming. In fact, it’s not really that surprising, especially after Pump and Gucci recently performed together to open the 2018 BET Awards.

Nobody outside of Purpp is running with the announcement via social media though, and there is no official confirmation that this anything more than a one-time thing. However, there are over three months until Coachella, so it’s not unbelievable to think that we’ll see a project before then.