Long Lost Namesakes J.I.D & No I.D. Cooking Up An Album 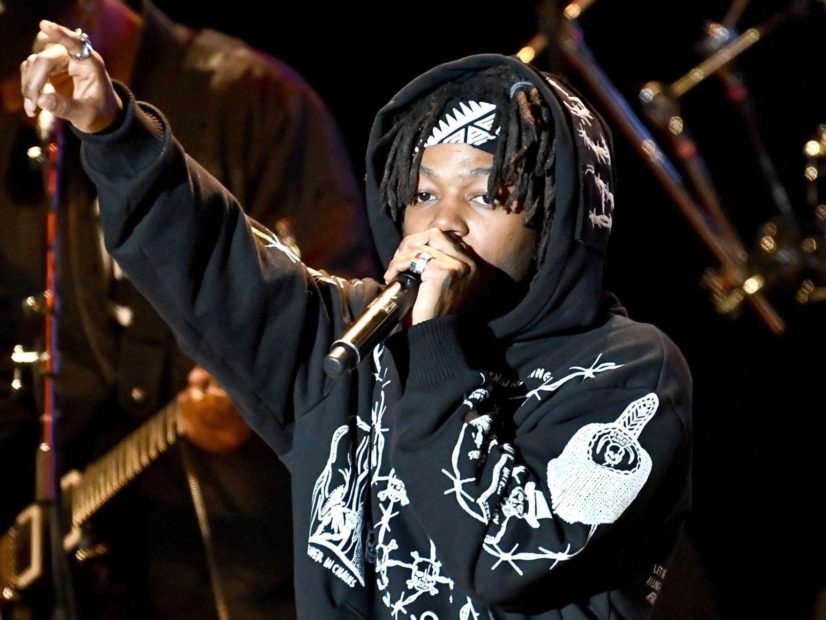 Dreamville Records’ J.I.D was a recent guest on Beats 1 Radio where he spoke with Nedeska Alexis about his upcoming projects. During the conversation, the Earthgang affiliate revealed he was working on something with famed producer No I.D.

“This year has been crazy because Cole is like, the king of the features,” he said. “I feel like he’s having an MVP season, as far as like features and his album came out. But 2019, Earthgang is coming out. Earthgang is amazing. They are going drop an amazing project next year. I guarantee you that this project is going to go through the roof.

“Then, I’m going to come back with some more stuff. I’m doing a lot of touring off this project, but it’s a lot more stuff coming out from my side. Then, I’m doing this project with No I.D. It’s cooked. It’s crazy. It’s like the conceptual project I was talking about. Everybody’s cooked, it’s amazing.”

Elsewhere in the interview, J.I.D explained how IDK played a role in getting Wu-Tang Clan royalty Method Man on the Atlanta native’s new DiCaprio 2 project. Meth and Joey Bada$$ both appear on “Hot Box.”

“First off, I feel like his son is fan of mine, and his son probably put him on,” he said. “But he rapped on the ‘NEVER’ song I had last year. He liked the beat. And one time he started rapping, he’s like, ‘No, turn that beat back on like this. My main JID.’ So we reached out. I had his record, which is crazy. The way it came about, I gotta tell you a story. This record was sent to me by, you ever heard of IDK?

“He sent this record, the beat, it had a little hook on it, whatever, whatever, and I sent it back to him. Some way, I feel like he say he didn’t want to use the record or something like that, and it was about weed or whatever. I don’t think bro smokes. So I got it to Method. Method just loved it. He sent it and he just wanted it to be a me and him thing. But, I just slid Joey on there because like … I don’t know. New York Hip Hop inspired me, so them two right there is like a generation, like bringing it together type thing, and it just made me super happy. But IDK really is the reason I had the beat, so shot it to him, he the homie.”

J.I.D also opened up about why he felt signing with Dreamville was the right move. At the time, he was also fielding an offer from Quality Control, home to Migos.

“I was not sure. When Cole reached out and was like, ‘Yo, just hold off for a second,’ I was not for it,” he admitted. “I was like, ‘Bro, like, this is now, you know what I’m saying? I can eat.’ And I was a huge fan of Coach K, because he’s like an Atlanta legend. And everybody he works with, is all quality, you know what I’m saying? So I was all for it. I wasn’t thinking… Me waiting was me being patient, me putting in some … which was the smart thing to do.

“In the moment, I was mad at my managers, I was like, ‘Yo, I’m not dealing with this, bro, I need to eat.’ That’s what it was. I wasn’t living, I was living so below the poverty line. It worked out perfectly.”