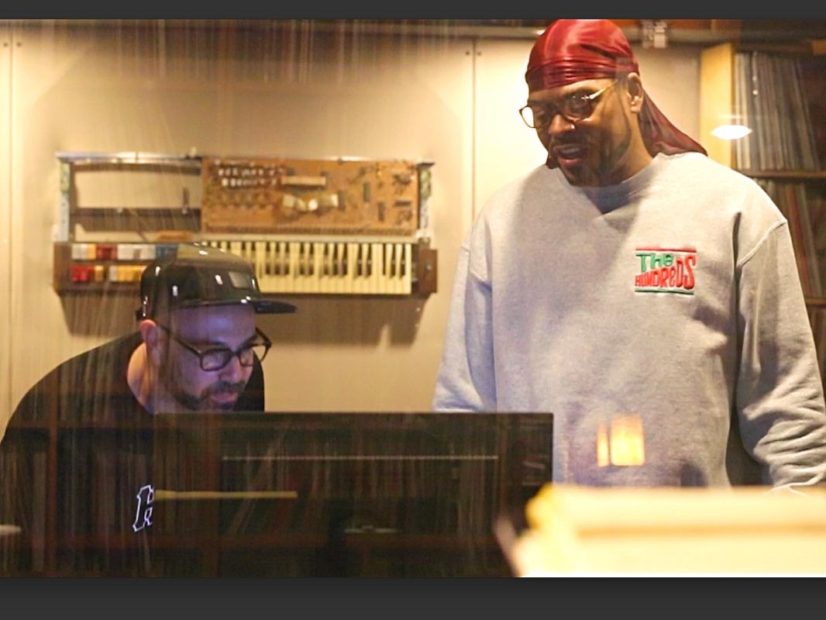 Method Man and DJ Nu-Mark have been co-stars on the TBS celebrity battle rap series Drop The Mic for two seasons. A collaboration between the Wu-Tang Clan vet and Jurassic 5 turntablist was bound to happen.

Sure enough, Nu-Mark has rolled through with a new single featuring Mr. Mef titled “Zodiac Killah.” The collaboration is inspired by Nu-Mark’s Zodiac Tracks mixes, which he started releasing last year. It all happened rather organically.

“While we were on set I asked him if he’d put the headphones on and listen to one of my beats,” Nu-Mark tells HipHopDX. “He came up and within two seconds of playing the the beat, he said, ‘Oh yeah, I’m fuckin with this.’ He came to the lab, knocked it out in one take. Pre-orders on the 7” sold out in two hours but will be available at stores on Record Store Day. Plus, we’re repressing.”

“Zodiac Killah”  — which also features Money Mark and Dan Ubick — is out on 7” vinyl as well as on digital platforms through Nu-Mark’s own imprint Hot Plate Records. Distribution comes courtesy of Fat Beats.

Check out the single above and grab a 7” copy here.