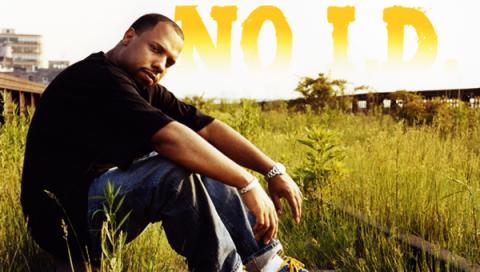 Crowned our Producer of the Year for 2009, Chicago-born No I.D. has basically circumnavigated the Hip Hop ocean with his unique musical interpretations and soundscapes. Sixteen years after producing the all time classic “I Used to Love H.E.R.” for fellow Chicago brethren Common, Dion Wilson came full circle last year after the trend-killing success of “D.O.A.” Demanding critical acclaim on par with the ’94 hit, the most talked about song of the year put the producer extraordinaire in territories new.

Approached by Verve front man Richard Ashcroft, No I.D. found himself recording an abundance of music with the “Bittersweet Symphony” singer, which will be released later this year, projects now being the name of the game for the proclaimed Godfather of Chicago Hip Hop. But projects aren’t the only thing on his mind with a possible four Grammys up for grabs at the end of this month. Plus a recent relocation to the west means No I.D. won’t have far to go when he drops in on the Staples Center on the 31st.

Consistent and creative are words that this producer continues to promote. Twenty years deep into the game you can’t help but be pleased for the recognition he secures from not only the fans but from the industry, yet you can’t help but think that the best is still yet to come.

HipHopDX: Did you expect 2009 to be quite as productive as it was for you?
No I.D.: No. [Laughs] I just didn’t expect it. I mean it didn’t surprise me but it definitely wasn’t what I was thinking. I didn’t plan it to go this way.

DX: Is that the art of a producer, to expect the unexpected?
No I.D.: I mean like I say, with 20 years in the industry, I don’t expect anything. It’s about staying creative.

DX: What would you pinpoint as the highlight of your year?
No I.D.: Now, honestly, it would be the success of “D.O.A.”

DX: Being that “D.O.A.” was one of the biggest tracks of the year, when Jay laid his verses down, what were your thoughts?
No I.D.: Oh man, maybe because of the atmosphere of what was going on, it was like the morning after he got the instrumental and they were calling me to go to the studio. Jay kept saying “Do you know what this is?” and I was like, “I know what this is [laughing].” But I was curious to know what other people would think about it. I didn’t think that it would get some of the praises that it got. Even now the response to it still make me go “wow.”

DX: It’s been said you just need one track to define your career as a producer but you have 20 years to your credit, but it still has to be a crazy feeling seeing folks react to a track like that.
No I.D.: It is. Honestly, I thought it would be more like “Heartless”

[by Kanye West] by the end of the year, but it turned out to be what it was. I wasn’t prepared to think that everyone would feel that way.

also got two Grammy nods as well so the end of this month could be pretty busy for you with four nods in total?
No I.D.: Hopefully.

DX: Did anything turn up on the market last year that has enhanced the studio experience for producers?
No I.D.: Hmmm well I am a tech junkie, so I try to use as much as I can and it is a matter of using it all when I work, so I can’t really select one specific program. But maybe this new Native Instruments machine and I always use Logic. I used the Native Instruments machine on “D.O.A.”

DX: Will you be using Auto-Tune in the future?
No I.D.: [Laughs] Nah, nah, my motto on the whole thing is whatever you do with it, as long as you do it and pursue the dopeness with a cutting edge and quality it is good. It is when you start trying to do things to capitalize without a creative aim, that’s what I don’t like.

DX: You worked on Jim Jones’s Pray IV Reign as well this year. No one can ignore the beef between him and Jay-Z that manifested over the year. Do situations such as these ever interfere with your work?
No I.D.: No, that has nothing to do with me and at the time I wouldn’t say I was close friends with either guy. Maybe had we been friends, it may have been different. Jay and I became cool after all this.

DX: So how many tracks can we expect to see you produce on Jay’s next album?
No I.D.: [Laughs]

DX: Surely as you work with an artist more and more a bond forms, this has to benefit your production right?
No I.D.: Yes, its like trying to give someone clothing. The more you know them the better; you can give them clothes they want to wear. I have pretty much got to the point where if I can’t sit down and have a conversation with an artist I don’t want to give a stranger a track.

DX: What have you coming up in 2010?
No I.D.: I am working with J. Cole and we are pretty deep into his album, which is turning out great, also working with Drake, Jazmine Sullivan. Kanye and I are executive producing Common’s next album and then I want some new and unexpected things. There is the Richard Ashcroft project.

DX: Yeah, were you a big fan of his?
No I.D.: Well I was a fan of the music I heard, the songs that I knew. He is a beast at what he does and that was a great experience.

DX: You’ve been immersed in Hip Hop for so long, is this what you see yourself doing now, venturing out on projects like the one you did with Richard Ashcroft?
No I.D.: Yeah, I want to approach projects and not just songs and that is pretty much where I am. I feel like before the industry exploded people were just working on projects and it wasn’t like they were trying to get on everyone’s albums. I think now everything is going back to normal, well normal as I see the industry in my eyes, going back to the way it was. You have to focus on projects instead of trying to get a song on every project.

DX: Do you find the more seasoned producers are taking this approach?
NO I.D.: I don’t know id its that everyone gets it or if they just don’t have a choice. But I don’t think I really know until I hear projects that that have their own identity and in a way that is why I don’t think everyone gets it. This is what is really missing in a way. Artists come out with projects but all they sound like are compilations of the best songwriters and producers with them on it.

DX: You actually made the move out West?
No I.D.: Yeah, Los Angeles and Hawaii.

DX: That weather in Hawaii has to be good for you?
No I.D.: Yeah, that is what it is for me and also it is where Kanye does a lot of his work too and I just grew attached to it. Los Angeles, I am new too, but I do have to keep a certain temperature. [Laughs]

I also wanted to say thanks to the readers and staff of HipHopDX for the recognition in the “Producer of the Year Award,” it’s a great honor and I really appreciate it.