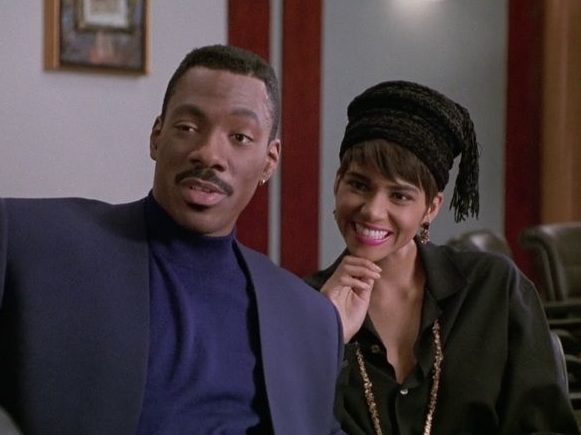 BET is bringing the classic 1990s film Boomerang back in the form of a 10-episode series.

Oscar-winning actress Halle Berry will serve as the show’s executive producer along with Emmy-winning Lena Waithe (Masters of the Sun, The Chi) — who will also co-write the pilot.

Upon its debut, Boomerang was one of the highest-grossest movies of 1991 and its soundtrack was even more successful than the film. The LaFace Records-produced Boomerang soundtrack peaked at #4 on the Billboard 200 charts and is home to Boyz II Men‘s Grammy Award-winning single “End of the Road” as well as P.M. Dawn’s Hot 100 hit “I’d Die Without You.”

Waithe assures fans of the beloved motion picture film to not expect the series to be a reboot of the love story formed between Angela and Marcus.

“This is less of a reboot and more of a continuation of the original story,” Waithe tells The Hollywood Reporter. “There’s no point in trying to remake a classic. It can’t be done. So, we want to create something fresh that speaks to a new generation. We hope people will come to the show with an open mind and ready to embrace the new world we’ve created!”

Instead, the series will chronicle the lives of Marcus and Angela Graham’s daughter and Jacqueline’s son, as they step out of their parent’s shadow to embark on creating legacies of their own.

“I’m thrilled to team up with Lena on this project as she is without a doubt a leading voice of her generation and a trailblazer in her own right. I’m truly excited to be a part of bringing this iconic and beloved film to the small screen,” Berry says.

A premiere date for Boomerang is yet to be announced.