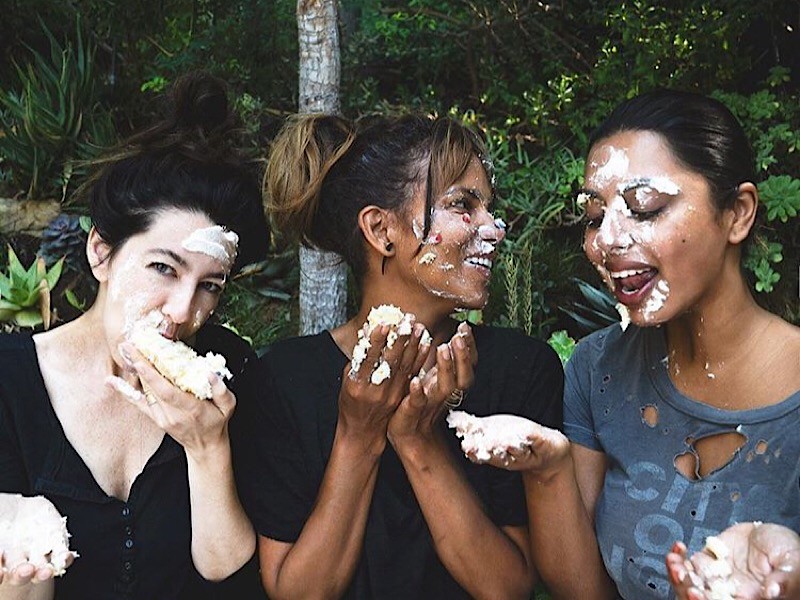 To celebrate, she got into a light-hearted birthday cake fight with her friends, stylist Lindsey Flores and Tonal Magazine founder Zarna Surti, set to Trap Beckham’s hit-single “Birthday Bitch.”

Only @halleberry could get me into a cake fight ? Happy birthday to a genuinely amazing woman, entrepreneur, and friend ✨

“Only Halle Berry could get me into a cake fight,” Surti wrote in an Instagram caption. “Happy birthday to a genuinely amazing woman, entrepreneur, and friend.”

Berry is far from the first celebrity to make “Birthday Bitch” their born-day anthem. Stars such as LeBron James, Kylie Jenner, actress/singer Zendaya, and SNL’s Leslie Jones have also been seen dancing to the track.

Berry won an Academy Award for Best Actress in 2002 for her performance in the film Monster’s Ball. To date, she is still the only black woman to win the award. Next up for her is the third installment of the John Wick series alongside Keanu Reeves, currently set for 2019.

As for Beckham, the Florida rapper is currently promoting his Evil Emoji mixtape and recently released video for “Fake,” which can be seen below.