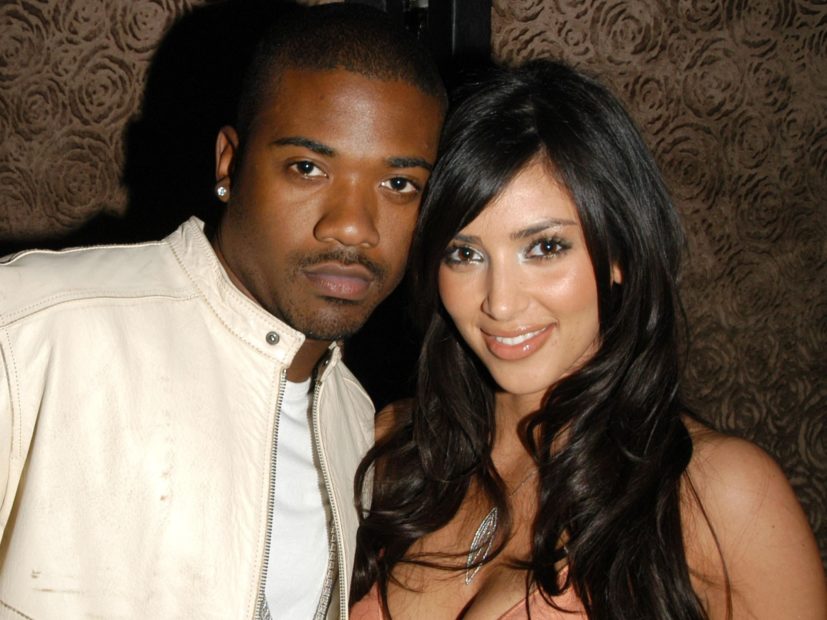 Los Angeles, CA – Sources close to Ray J are reportedly saying Kim Kardashian lied about being on ecstasy during the filming of their 2003 sex tape. According to TMZ, sources say the beauty mogul had only smoked some pot around the time the video was shot — out of a pipe shaped like a penis no less.

Kardashian made the big reveal during a recent episode of Keeping Up With The Kardashians. As she was talking to step-sister Kendall Jenner and Kourtney Kardashian’s ex-boyfriend Scott Disick, she said she took the infamous party drug twice — once before her first marriage to music producer Damon Thomas and again before making the sex tape.

Sources close to Mrs. Kanye West are adamant she has no reason to lie about it 15 years later.

Ray J is reportedly “offended” she would suggest she needed to be in an altered state to participate in the salacious video and insists she was into the idea from the beginning.

[This article has been updated. The original version was published on November 26, 2018 and can be found below.]

Kim Kardashian admitted she was on ecstasy while filming her infamous sex tape with former lover Ray J during Sunday night’s (November 25) episode of Keeping Up With The Kardashians. She said she also did the drug once before her first wedding to music producer Damon Thomas.

“I did ecstasy once and I got married,” Kardashian told Kendall Jenner and Scott Disick. “I did it again, I made a sex tape. Like, everything bad would happen.”

Disick replied, “You were high on ecstasy when you made that sex tape?” to which the reality television queen said, “Everybody knows it.”

Ray J — who is also Brandy’s little brother and an R&B singer — filmed the tape with Kardashian in 2003. It was eventually leaked to the public in 2007, catapulting Kardashian to another level of notoriety. Although she’s now married to Kanye West and has three children with the illustrious MC/producer, Kardashian says she still knows how to have a good time.

“I definitely went through a wild phase, I would say in my late teens,” Kardashian said. “I’m not like that anymore. But I still have fun. Don’t get it twisted, I’m always the life of the party.”

In a 2012 interview with Oprah Winfrey, Kardashian claims the sex tape is her biggest regret and says she felt “humiliated” upon its release.

The former couple went at each other on social media earlier this month after Ray J allegedly made comments about their sex life. According to The Sun, the Love & Hip Hop star revealed she had a “red Louis Vuitton trunk of sex toys.”

“Kim and I had fun times, marathon sessions,”he said. “But she didn’t like getting sweaty and would stop to do her makeup if she did. She liked to look dope during sex, the right lighting, setting the mood.

“She would order out for pizza, the only thing not working up a sweat was the Cristal cooled to 22 degrees… her mom would call and she would nearly always take it

Kardashian fired back on Twitter, calling Ray J a “pathological liar.” He denied the interview ever took place.