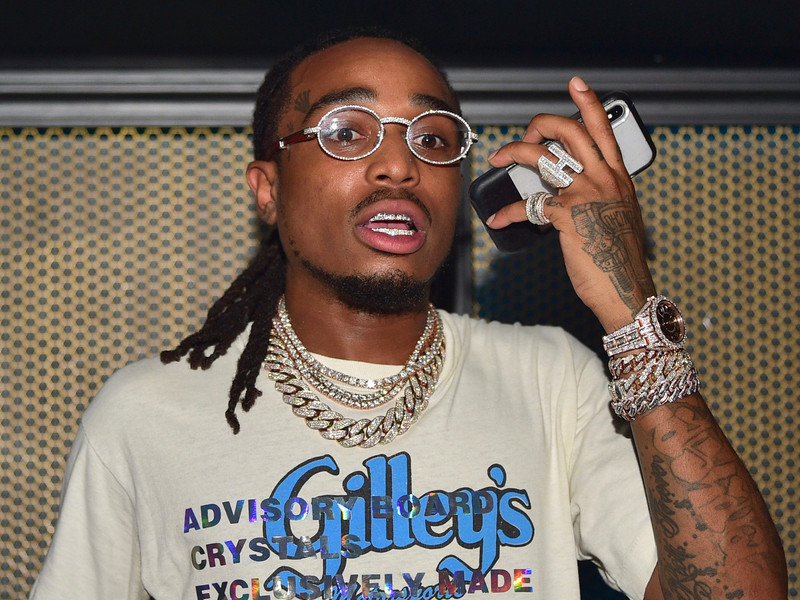 Los Angeles, CA – Quavo is fresh off the release his solo debut Quavo Huncho, yet he’s already plotting his new move. In a new interview with the Associated Press, the busy artist revealed he and his Migos brethren already have a timeframe for their next album.

In addition to a third Culture album, the other Migos members will be releasing their own solo projects sooner than later.

“I don’t know the exact dates,” Quavo said of his fellow Migos’ solo albums. “But Takeoff will be next and (then) Offset will come.”

Quavo also noted his solo album made him scale back on his spree of guest verses. Until he’s done with the Quavo Huncho campaign, fans likely won’t hear many features from him.

“Right now, I’m just going to chill and work my album and calm down on features,” he said. “I just want to tuck away and go into kill mode with this album. …I’ve turned down projects all the time. Not on some disrespectful-type (stuff), but I don’t want to oversaturate my sound.”