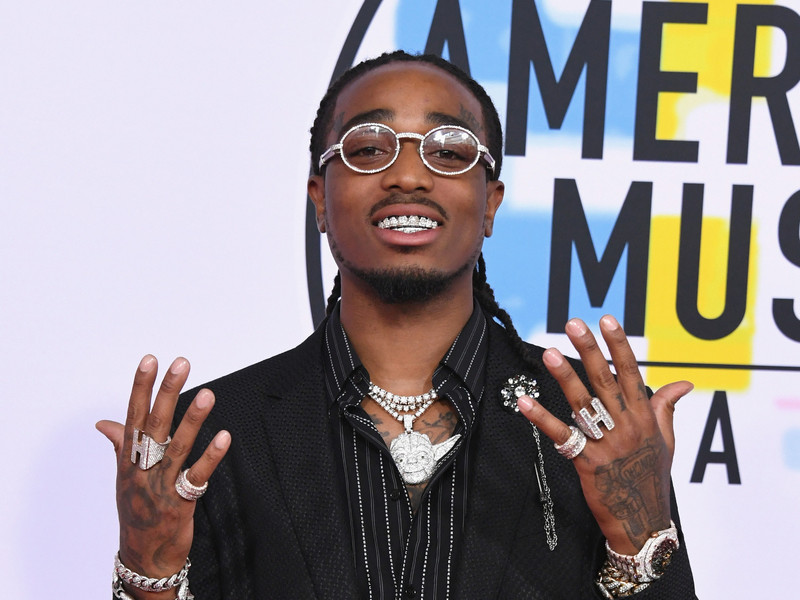 The first Migos solo project has arrived as Quavo steps out on his own to release his debut album, Quavo Huncho.

Quavo premiered the LP on Thursday night (October 11) during the return episode of DJ Khaled’s We The Best Radio. Now, fans can listen to it whenever they want.

Check out the Migos member’s Quavo Huncho stream, cover art and tracklist below.

[This post has been updated. The following was originally published on October 5, 2018.]

Quavo has announced his debut solo album, Quavo Huncho, will arrive next Friday (October 12). Earlier this week, the Migos rapper revealed Drake, Travis Scott, Lil Baby, Cardi B and Saweetie are involved in the project.

Quavo has found success as a featured guest on many songs over the past few years, including Post Malone’s No. 1 hit “Congratulations” and DJ Khaled’s “I’m The One” featuring Justin Bieber, Lil Wayne and Chance The Rapper.

In an interview with HYPEBEAST, Quavo said Quavo Huncho wasn’t intentional but more a result of getting in the studio and working with so many people.

“It was just about me having all these features out and everybody assuming that I was gonna do like a solo career,” he said. “I got too much music. I got to channel it somewhere. So, dropping the solo project is a good way to do it.”