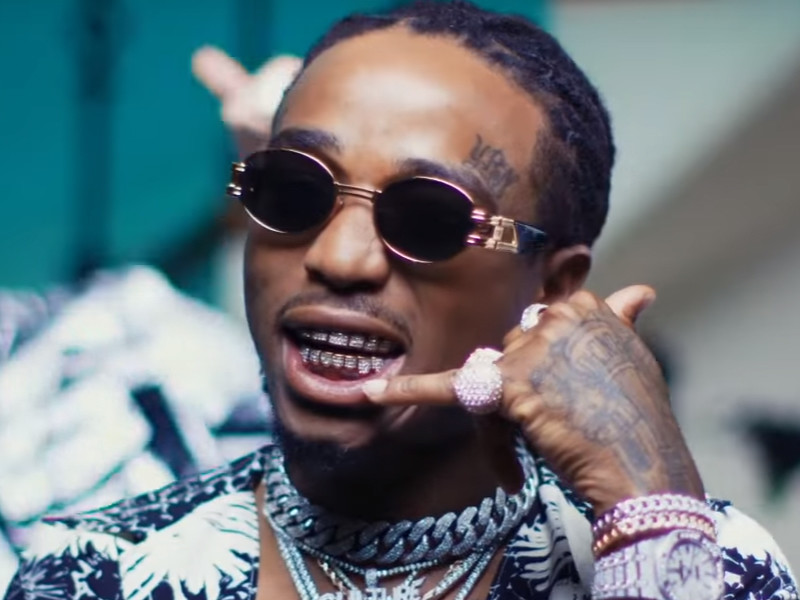 Group dynamics can be complicated. Sometimes, the collective strength of the brand is so strong that it overpowers any possibility of the members to stand alone.

That is not the case with Migos. Or, at least, not completely.

The trio has an unrivaled Midas touch, but Quavo and Offset are proving they can stand alone when need be. As listeners have become more and more familiar with the group, it’s become clear to many that Offset was quickly showing himself to be the most lyrical of the three. But the style that Quavo blanketed the game with has ultimately made him the group’s nucleus, turning him into the go-to Migo for guest verses.

Whether or not Quavo has consciously been setting himself up for a solo career, he’s definitely like “The Ting Goes” meme this month: everywhere. It’s a run reminiscent of the one Lil Wayne had back in 2011 with 30 high-profile features — 15 of which landed on the Billboard Hot 100.

It may not look like Takeoff was left off “Bad And Boujee,” but both he and Offset were left off the dozens of high-profile features that Quavo landed in 2017. With appearances on DJ Khaled’s “The One,” Drake’s “Portland” and Post Malone’s “Congratulations” topping a list of huge looks for the Migos member, he’s the artist set to have the highest number of Top 10 singles this year on the Hot 100.

Does this mean that Quavo is about to drop a solo album, though?

He just released a solo single on Wednesday (September 13), which could be laying the groundwork for a full project.

Still, with Culture 2 prophesied to be in the bag and a possible collaborative album with French Montana in the works, it looks like the Migos, as a group, have their plate full.

However, we can’t count anything out, especially with a Travis Scott collaborative project dropping sooner than later. So, it’s worth looking at his solo resume thus far.

Below is our picks for the 10 hottest Quavo features of 2017 (so far). Did we miss anything? Let us know in the comments.