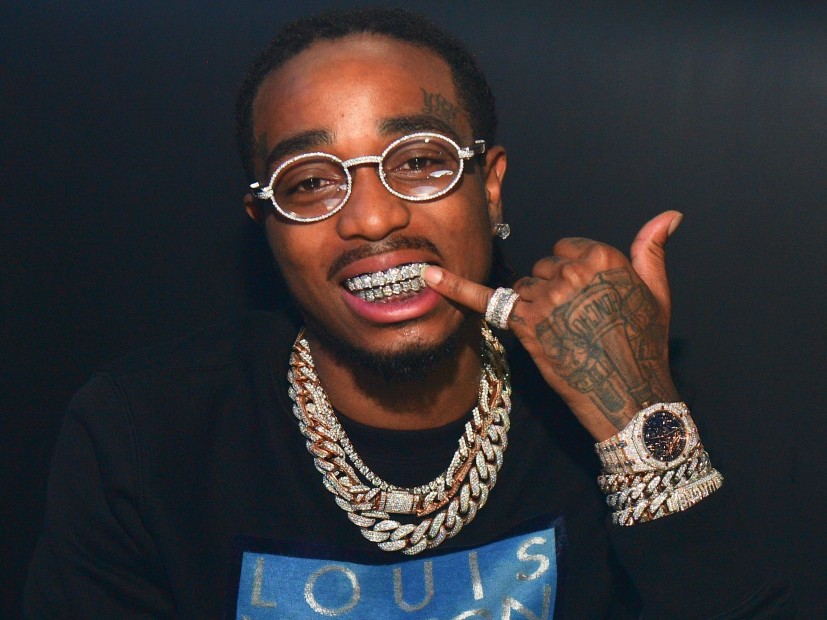 Quavo Thinks Nicki Minaj Has A Crush On Him

While Quavo may admittedly be all about that single life, the Migos rapper isn’t blind to potential crushes. During a recent interview with Angie Martinez, he was asked about Nicki Minaj and what he thought about Barbz name dropping him on her track “Barbie Dreams.”

“I think she like me,” he says toward the end of the clip. “She put me in the song, said I hurt her feelings. There’s a lot of little Quavo jabs. I’ma figure it out.”

Subsequently, Quavo cooked up a track of his own titled “Huncho Dreams” from his recently released solo album, Quavo Huncho. The song is intended to be an interpolation of “Barbie Dreams” and Drake’s “In My Feelings.”

At several points in the song, Quavo addresses his relationship with the self-proclaimed Queen of Rap.

“Made her scream/Chanel, I bought her two of ‘em/You can check IG/’Cause when she post, it go up/Is she for keeps?/Only if she come with two of ’em,” he raps.

The line references a July Instagram post from Nicki that shows her opening a Chanel box. Quavo insinuates the package was from him.

Quavo then explicitly suggests he hooked up with Nicki and takes a jab at Tekashi 6ix9ine in the process.

“Nigga don’t mean to brag/I be tryin’ to keep it cool, but I sniped yo’ ass/No ‘FEFE,’ I skeet-skeet on yo’ face ass/Called up Huncho to come tap that ass/Pull up on you, autotune when I grip that ass/Pullin’ on yo’ weave, ‘cross the room when I pipe that ass/I see a queen on a tree-tree/She like the ride new boy tree-tree.”

Before the song is over, Quavo cleverly revises a few lines from “In My Feelings” and offers an apology for hurting her feelings over the “MotorSport” drama.

“Nicki, do you love me?/Why you crying?/She don’t wanna be a queen unless she got me/She don’t wanna be on scene unless we married … If I hurt your feelings (Feelings)
I am truly sorry (Sorry, woo)/I’m straight out the jungle (Hey), no safari (No).”

Nicki has yet to publicly acknowledge the song.

Until then, revisit the song below.