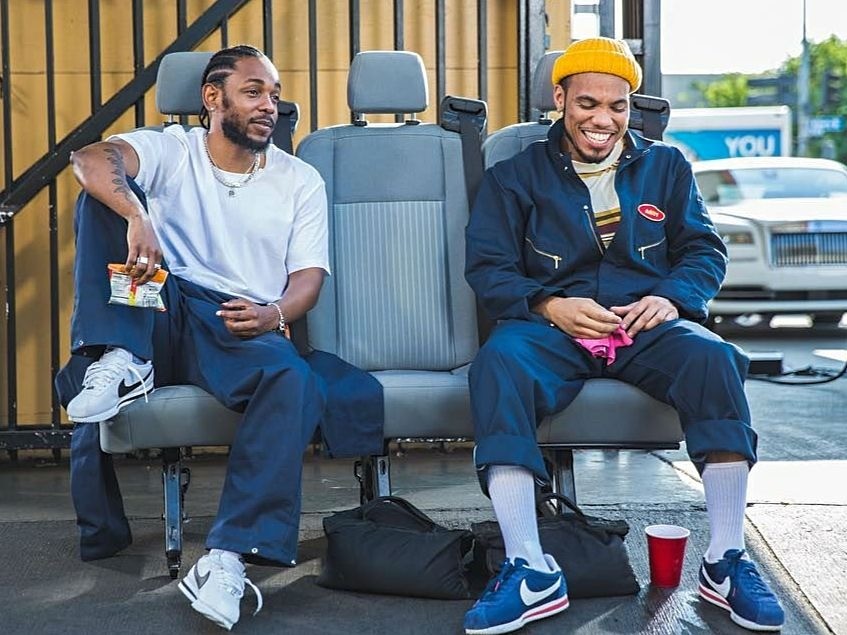 Anderson .Paak’s new video for “Tints” has arrived as an Apple exclusive. Paak made the announcement via Twitter on Thursday night (October 25).

Featuring Kendrick Lamar, the visual finds both artists playing the role of several different characters. From a man on oxygen waiting for the Grim Reaper and a waiter at a local diner to a sex-crazed doctor and a junkie going to 12-step meetings, K. Dot and Paak flex their versatility throughout the roughly five-minute video.

Dr. Dre even pops up during a drag race.

“Tints” comes from Paak’s forthcoming Oxnard album, which is expected to arrive on November 16.

In the meantime, watch the clip below and find the full video on Apple Music.

[This article has been updated. The original version was published on October 4, 2018 and can be found below.]

The inaugural single of Anderson .Paak’s upcoming album has arrived — and it comes with a feature from Kendrick Lamar.

“Tints” serves as the lead single from Paak’s forthcoming album Oxnard, which was executive produced by Dr. Dre.

During the interview with Lowe, Paak said J. Cole and Pusha-T are also featured on the LP. Madlib is also expected to be involved. Last month, Paak posted an Instagram photo of Q-Tip, Kendrick and Dre, sparking rumors Tribe’s de facto leader is contributing in some way as well.

Dre signed Paak to his Aftermath Entertainment imprint in 2016.

No release date for Oxnard has been announced, although Dre confirmed he’d finished mixing the album last month.