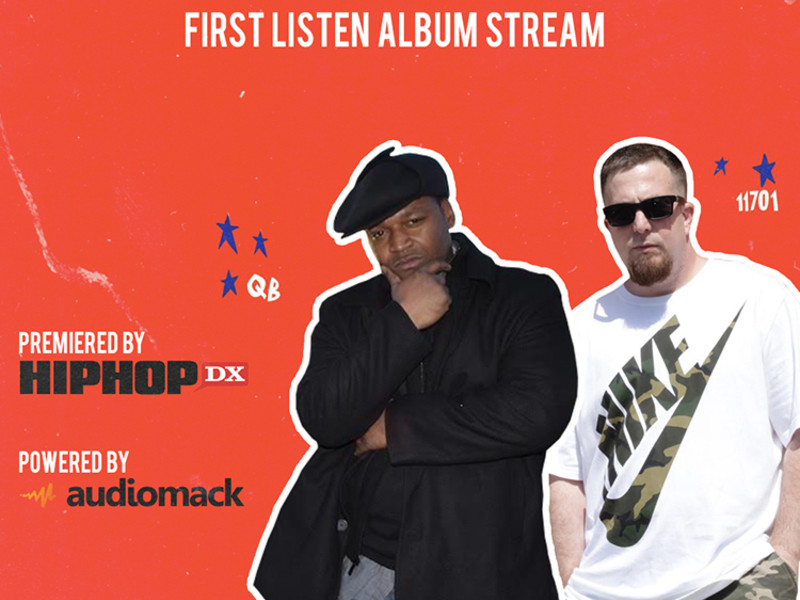 Tragedy Khadafi and BP will release their Immortal Titans album on Friday (August 17), but the duo has teamed up with HipHopDX to bring fans an early stream of the collaborative project. The two also provide some details about the LP’s creation and reveal how it came to be.

“I was working on an EP I have coming out the beginning of next year, and Trag is one of my favorite artists,” BP tells DX. “Menza from Deep Concepts Media hooked up the studio time, and we linked to record the verses. The verses came out so good that Trag said we should continue to work. A single turned into an EP, which eventually became an album: Immortal Titans.”

For the veteran Khadafi, collaborating with BP on a full-length project was a rejuvenating experience.

“BP’s production brought something out of me that has been kind of dormant in me for a little while, and that has to do with the level and quality of production,” he says. “I don’t like to talk to the beat. I like the beat to talk to me first, and then I dictate how I am going to attack it. All the tracks BP provided spoke to me. Whatever they spoke to me at that particular time, that is what I spoke back. It’s pretty rare for this to happen at this stage that I’m at in the game.”

Khadafi, a member of the legendary Juice Crew, also had to make sure Immortal Titans lived up to his high standards.

“I want to fill a void, so to speak, so I don’t want to release anything of subpar quality,” he explains. “So, I’m motivated by my standards. I also feel I have to improve upon myself and push myself because I don’t know too many artists at my age or stage in this particular field who keep up a certain level of intensity, and that alone is a challenge to me … to outdo myself.”

With Khadafi’s pen game in top form, BP’s vision was able to come to fruition.

“As the album started to take shape, we tightened the focus and made sure we hit all the topics and concepts we wanted to,” BP notes. “Concepts like ‘Prime Time’ where he is rhyming and incorporating TV show titles into the verses.

“When we had tracks with all the features in mind from Nature, Apathy, Ali Vegas, Hus Kingpin, SmooVth and Rozewood, then we finished up three solo tracks to make it complete and cohesive. I wanted the album to end with a sense of refection and emotion. They’re the ones that took the most time but are my favorite out of all the songs we recorded.”

Check out Khadafi and BP’s Immortal Titans stream, cover art and tracklist below. Copies of the LP are available here.