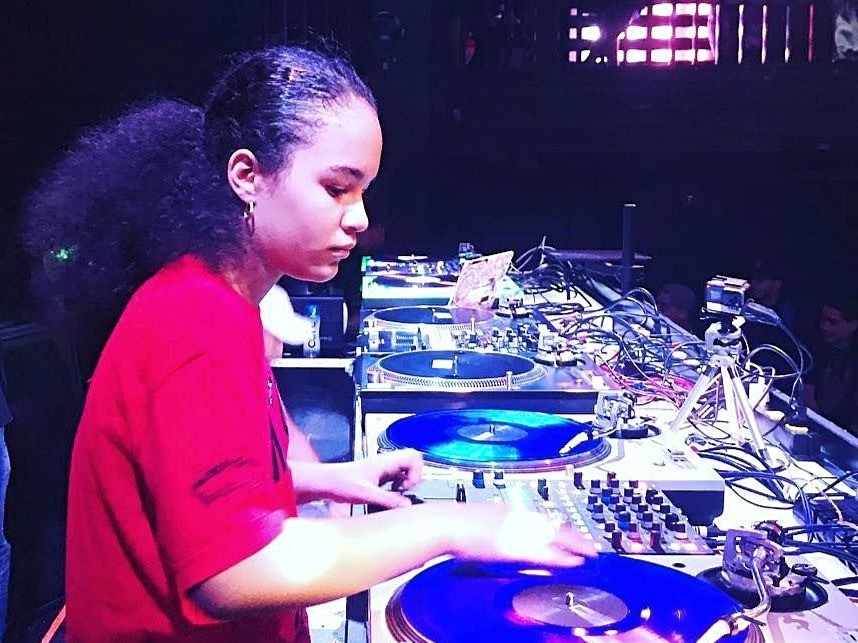 Denver, CO – The 2018 DMC US Finals went down at the Temple nightclub in Denver, Colorado last week.

Hosted by Dilated Peoples’ DJ Babu and DMC World Champion Chris Karns, the event featured 10 regional champions battling it out for their city in hopes of securing the title. The X-ecutioners’ DJ Precision and DJ Boogie Blind also served as judges alongside Karns.

Among the competitors representing the United States was 11-year-old DJ Kool Flash, who made history in April when she became the youngest female competitor to win the DMC USA Regional Finals in New York City.

Although Kool Flash didn’t walk away with the crown this year — that honor went to her former teacher DJ Throdown of Washington, D.C. — she has plenty of time to regroup and try again in 2019. In an interview with HipHopDX, Kool Flash explained what her first DMC US Finals were like.

“I was a bit nervous because I didn’t know what to expect,” Kool Flash admits. “But I was also extremely excited to be representing for all the girl and female DJ’s out there. Once it began, I felt much more comfortable and performing was a lot of fun. It was a great audience.”

We, the parents of Kool Flash: Are beyond proud of our young ?!! In Only 4 Battles she’s managed to turn history into “#herstory” She’s made #history in each @dmcusadjbattles she’s entered changing the landscape of the DMC’s forever!! This year alone she became: 1). The 1st African(American) female to become a DMC Regional Champion 2). The Youngest female DMC Regional #champion in History #dmc2018nycchamp 3). The 1st African(American) female DJ?to Battle for the #dmc National Title! ?? #christiezpabon for the photo! All this while completing 6th and 7th Grades this year with a 4.0GPA!!! ???? Are you kidding me? Is this real? And if you’ve ever met her you know she’s a sweet, kind, humble soul. ??Shukran JazakAllah ❤️☪️❤️???? #blackgirlmagic #blackexcellence #globalspin365 #globalspinawards #realhiphop #brooklyn #newyork #ladiesofhiphop #soulinthehorn #maxagency #girlpower #girldj #love

The New York City DMC Regional Final was only the third battle Kool Flash has participated in. However, she’s been honing her skills since falling in love with turntablism watching YouTube videos of the DJ Qbert and the late Roc Raida.

“It was my third time battling grown men, so it does make me a little nervous,” Kool Flash says. “It was a lot of fun though because I had a lot of fan support and was very comfortable with my sets. Becoming a finalist was incredible but when Grandmaster Caz announced my name as the 2018 champ, I felt very blessed and humbled.”

Kool Flash, who has already performed multiple dates with Method Man and Redman and opened for artists such as Erykah Badu, Rapsody, Lauryn Hill and Solange, aims to inspire other young women.

“I want to make music and travel the world giving people great music,” she says. “I want every female and person to know that you can do anything if you work hard and are dedicated. As for being a role model, I just put in work. I hope that my work and accomplishments inspire others to strive for greatness in their lives and to be good people.”

New York’s DJ Perly also made history last year when she became the first female to win the DMC Nationals. She competed against Kool Flash in Denver where she was defending her title. She took third place.

Still, 2018 marked first time in DMC’s history that two women were competing in the DMC US Finals. For the next several months, Kool Flash and Perly will be getting their routines together to compete again.

Perly told DX, “It’s just a little bump in the road to reaching my goal of becoming a world champion. Not giving up though.”

Check out more footage from the event below.